Say no to violence, urges archbishop after London terror attack 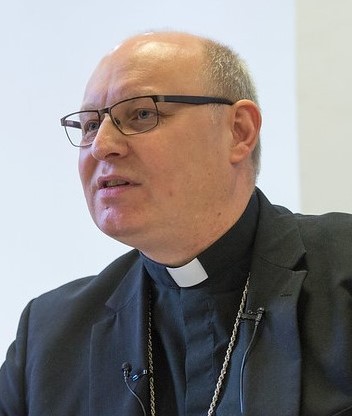 Archbishop John Wilson has urged people to say no to violence after the terror attack in London in which a teacher from a Catholic school in his Southwark archdiocese was stabbed.

After expressing his sadness and shock at yet another terrorist attack on innocent bystanders on a street in London, Archbishop John Wilson stated: “A normal Sunday afternoon in Streatham became the scene for a violent attack. For those who think that terrorism can achieve anything we commit ourselves with determination to saying ‘no’ to violence on our streets and within our communities.”

He said the prayers of the archdiocese were with those who were injured, with their families, and with all affected, and he thanked the emergency services for their response.

“We will continue to stand together as a community. We will not allow this event, terrible though it is, to divide us. We are from different countries and religious beliefs, but we are united in our common humanity and our shared desire for a peaceful coexistence where every person is respected and can live in safety,” he stated.

“As the Catholic community in Streatham we will continue to build good relations and work for the common good of all those who call this part of London their home. Violence solves nothing. We are, and remain, a people united for peace,” he concluded.

He issued his statement as it emerged that one of the three victims, a woman who was stabbed in the back, worked at St Bede’s Catholic Infant and Nursery School in Lambeth. Aged in her 50s, she has since been discharged from hospital and is recovering from her injuries. 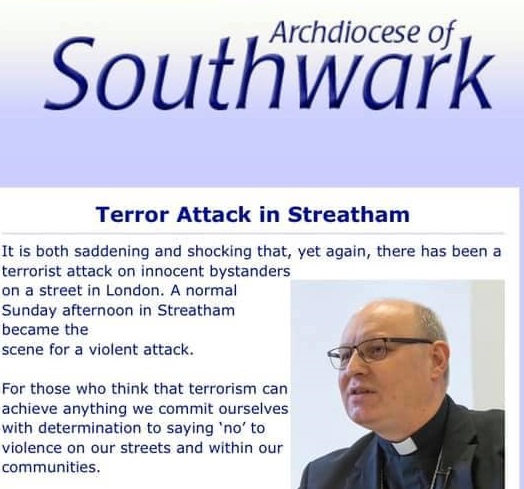 Fellow Catholic school the St Bernadette School was among those offering prayers for those affected by the attack which took place on Sunday 2 February. “Our thoughts and prayers go to those affected by yesterday’s attack in Streatham. Once again, our community has been struck with tragedy. We pray and know that we are safe in God’s hands,” the school stated on Twitter.

On Sunday, 20-year-old Sudesh Amman stabbed two people and was himself shot dead by police in Streatham, south London. Sudesh Amman had previously committed terror offences and it was reported that he still held extremist views when he was released early from prison under licence.

Following the attack, the British government is considering new laws to ensure that people convicted of terrorism offences will not be released on licence after they have served half of their sentence.

Another man in his 40s was also stabbed in the attack and treated in hospital, while a woman in her 20s had minor injuries from breaking glass.