Government housing policy is flawed and will not stem the continuing flow of families into homelessness, says Ireland’s 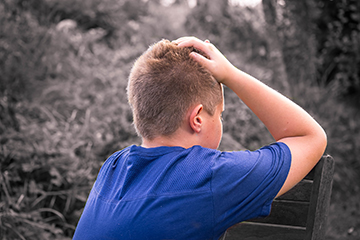 The latest housing figures show that while nearly 3,000 people escaped from homelessness during the past year, a larger number of people lost their homes. Increasing rents and the acute shortage of rental accommodation means that the tide of families entering homelessness continues, claims the SVP.

“It is totally unacceptable for a rich country like Ireland that so many children have no place to call home,” said SVP National President Kieran Stafford.

“These statistics don’t show the stress and strain experienced by families living in emergency accommodation,” he said.

Referring to the experience of SVP volunteers, he revealed: “We meet families who have lost their accommodation at short notice, if for example the hotel has a major function and requires the rooms.

“Things are even more difficult for families who have to source their own emergency accommodation on a ‘self-accommodating’ basis, which can involve regularly making hundreds of phone calls to hotels and B&Bs seeking a room for the night for themselves and their children.

“Then there are psychological and relationship issues caused by families having to live together in cramped and stressful conditions.”

As winter closes in, the society again called on the government to increase investment in homeless prevention as well as public social and affordable housing.

“Seventy percent of those that exited homelessness last year were re-housed in the private rented sector,” said Mr Stafford.  “Without enhanced security these families are exposed to becoming homeless again. It is critical that we invest in public housing and tenancy security measures so that people can plan for the future.”