Saint of the Day 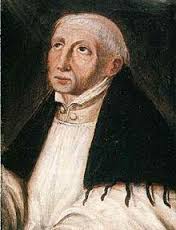 Groenendael monastery
Canon John Hinkcaert together with another canon, Franco, decided to give away their possessions and live a life of contemplation. This caused some disruption with their fellow canons and eventually they were given a hermitage for their life of contemplation at Groenendael -a name of a Belgian shepherd dog, named presumably after the place). They also set up a new chapel. John Ruysbroeck joined them and they followed the rule of the Canons Regular of St Augustine.

His writings
John of Ruysbroeck would spend hours alone in contemplation in the forest and wrote down his experiences in Flemish. His works had no titles, but later one became known as The Seven Degrees of the Ladder of Love. However, because they were not written in Latin, not much attention was paid to them. His writings are said to be similar to those of his contempories, Julian of Norwich, Richard Rolle and Meister Eckhart.

ms flocked to John at Groenendael during his life and for some time after his death. A procession used to take place from St Gudula’s to Groenendal every year on the Second Sunday after Pentecost.

But the monastery was suppressed in 1783. John was beatified by Pope Pius X in 1908.

A Wisdom quote of  John of Ruysbroeck 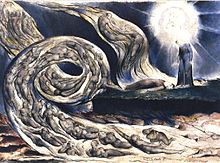 ‘We must self forgo if God we would attain, his grace must in us grow and ease us from all pain…

Our Archive of Saints