‘Back safely with my son again’ says Irish pilgrim 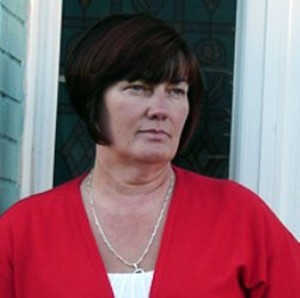 Mary Fitzpatrick on Would You Believe in 2009

The mother of a teenager stabbed to death in an unprovoked attack, has spoken of a special grace that she received during a recent pilgrimage to Rome.

Mary Fitzpatrick, mother of Michael Fitzpatrick (19) who died in a fight outside a pub in Limerick in 1999, was one of thirty-five pilgrims from Limerick who recently went on pilgrimage to Rome for the feast day St John Paul II.

In a video posted on the Limerick diocese Facebook page, Ms Fitzpatrick shared how special the audience with Pope Francis had been that day.

“Today was special for me. I was invited to the general audience with Pope Francis and also it was the first feast day of Pope John Paul II,” she says.

Pope John Paul II visited Limerick on 2 October 1979, she explains, but she was not able to go to see him as she was due to have her first son, Michael and her parents were afraid that something might happen to her.

“And now I’m here thirty-five years later with the Limerick diocese, to mark that trip and his visit, and sadly I have lost my son in that period of time but today in that Square when I made that decision that I was going to do my best to go and reach out and try to touch the Pope, I did succeed.”

Ms Fitzpatrick said she held the Pope’s hand, as he passed. 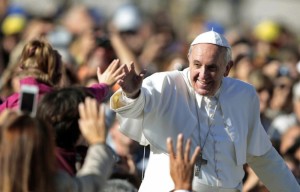 “I felt I was so connected with him, with Pope John Paul and most of all I was back safely with my son again and I felt like I was touching his hands and that opportunity would never have come my way only I came on this lovely, beautiful trip to Rome.”

She said she would take away “lovely memories, such lovely feelings of being back with my son in my heart and all this connection to John Paul.”

Ms Fitzpatrick, who comes from the Holy Family Parish in Southill concluded, “When I think of my son, I think of John Paul always, and that will never ever leave me, more so after today.”

Mary Fitzpatrick was the subject of a Would You Believe programme in 2009 which looked at her work with the Limerick ‘Lost Futures’ support group for bereaved parents.