Home > Featured > Safeguarding and redress to the fore 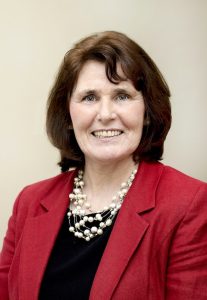 Published on 5 April 2017, the reviews were of the Institute of the Brothers of the Christian Schools (De La Salle Brothers), Order of Canons Regular of Prémontré (Norbertines), Sisters of Nazareth (Irish Region) and Our Lady of Charity of the Good Shepherd.

The first three orders were involved in wrongdoing which the safeguarding body said was in line with the findings of the Historical Institutional Abuse Inquiry (HIAI) in Northern Ireland. Also in those three cases the records relied upon were not well maintained, making the work of the reviewers challenging, according to the National Board for Safeguarding Children in the Catholic Church in Ireland (NBSCCCI).

“Our goal here was not to replicate the work of the HIAI, though, of course, there is some overlap,” explained Teresa Devlin, CEO, NBSCCCI. “The reviews of the De La Salle Brothers, Norbertines and Nazareth Sisters highlight concerns relating to weak or, on occasion, poor practice which they are now working with us to correct.”

The two congregations that amalgamated to create “Our Lady of Charity of the Good Shepherd” showed an evolving and proactive approach to child safeguarding.

All four Church bodies have now adopted the revised Safeguarding Children Policy 2016, with three (De La Salle Brothers, Norbertines and Nazareth Sisters) having signed a Memorandum of Understanding with the National Board committing them to following the Church’s standards. The fourth, Our Lady of Charity of the Good Shepherd, is in the process of doing so.

The final four Child Safeguarding reviews, assessed against the Church’s 2009 Safeguarding Standards contained in Safeguarding Children: Standards and Guidance Document for the Catholic Church in Ireland (2009), were conducted in 2015/2016, but publication was deferred due to the statutory HIAI taking place in Northern Ireland. The National Board agreed not to release the four reports back to the religious orders in question until the HIAI had reported.

The review describes how the two amalgamated congregations, now Our Lady of Charity of the Good Shepherd, were previously involved in the ‘Magdalene Laundries’, but no longer run services for children in Ireland except as part of parishes or other organisations. Their compliance was good.

The Norbertines and Nazareth Sisters have also ceased work with children, except in public ministry, which comes under the remit of Diocesan safeguarding policy.

These two orders and the De La Salle Brothers had significant ministry with children in the past and had many issues raised with regard to poor case management and record keeping, response to allegations driven by legal rather than pastoral approach, failure to report or delayed reporting of allegations to statutory agencies, and missed opportunities to safeguard children, particularly in the case of Brendan Smyth.

In the case of current ministry with children, there was an absence of any commitment to understand or adopt good child safeguarding practice (Norbertines).

Separately, in response to the assertion that religious orders have a moral responsibility to pay millions more to share equally with the Government the cost of redress, the Oblates of Mary Immaculate have stated that there is no case to answer.

In a 12-page response published on its website and titled ‘The moral challenge posed to religious about the cost of redress’, the order responds to Minister of Education Richard Bruton’s statement in the Seanad in March that it is the mission of religious orders to protect and uphold moral values and that many ordinary Catholics are dismayed that such commitments are not being honoured.

The Oblates’ response outlines the many misconceptions around the redress scheme, the indemnity agreement of 2002 between the Government and some religious orders, and the findings of the Ryan Report.

It highlights the moral responsibility of the people and organisations involved, such as government departments, judiciary, Garda, school authorities and all the integral parts of the state system.

The scheme to compensate victims of institutional abuse was set up to meet the government’s own obligations. The religious orders then came on board to make a contribution to the scheme of €128m in cash, counselling, costs and property.

The Oblates state that “There has been a delay in the legal conveyance of some properties whose value is included in the agreement. The delay is understood to be due to a legal difficulty which it is hoped can be resolved.”

The Ryan report did not suggest that congregations should be responsible on a fifty-fifty basis.

The government has sought to ‘coerce’ orders to act as if they had “corporate and moral responsibility for assuming the government’s financial burden”.