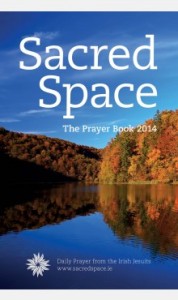 The latest edition of the ever popular Sacred Space: The Prayer Book 2014 is hot off the press and available in Veritas.

The book of prayers is based on the hugely popular internet site Sacred Space, which is visited every day by tens of thousands of people from every corner of the world.

“The book comes out every year and to be honest it is one of our biggest sellers,” Derek Byrne of Veritas told CatholicIreland.net.

Sacred Space, which started in 1999, has proven hugely popular as a website and last year alone its pages were viewed almost 30 million times from over 200 countries.

In keeping with this growth, the site is now available in 19 different languages including Irish.

About one in every five visitors are first-time visitors. Sacred Space is also present on Facebook and Twitter.

The site has a new director since last month as Fr Piaras Jackson SJ, who studied journalism in Dublin City University and previously worked as editor of Sacred Space, has returned to take over from Fr Brian Grogan SJ.

The new book is based on the daily prayers and meditations developed and produced by the Irish Jesuits and Sacred Space team since 1999.

The website became hugely popular as it enabled people to make a sacred space in their day wherever they were – be it at work or at home and in front of a computer.

Visitors to Sacred Space are gently guided through a six stage prayer session, including preparing the body and mind, and culminating in a reflection on a scripture passage chosen specially for the day.

The book can stand alone or compliment the website and can be kept on the desk at work, on a bedside table, or with someone who is travelling.

The book and website are based on the premise that God is everywhere, all around us, constantly reaching out, even in the most unlikely situations and so we can pray anywhere.

To understand its scope and the scale of its growth, one has to go back to 1999 when two Jesuits, Frs Alan McGuckian and Peter Scally were struck by the fact that there were an increasing number of workers sitting at a computer every day.

They felt that the need to have a break in their routine and sitting position could be met with a prayer break. When they launched the website on Ash Wednesday 1999, they were surprised by its popularity with instant positive feedback through 1,500 visitors on that first day alone.

It quickly became evident that Sacred Space’s outreach was going far beyond this island and soon a team of volunteers were translating it into several languages.

Today it goes out in 19 languages including Spanish, Russian, Chinese and Japanese. 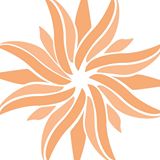 On Facebook there are numerous comments on what Sacred Space means to those who use it.

“A support for each day,” said one.

“After years of reading the daily narratives, Bible passages, Jesuit prayers, and prayers by thousands and thousands of people, I am amazed, really astonished, that human barriers are invisible on this site,” wrote another.

“When we write our prayers and concerns, vulnerable honesty and humility is exposed. It doesn’t matter whether someone lives in Australia or Africa or America or Ireland, when we suffer, we suffer together, when we hope, we hope in unison, and when we pray and worship God, we are joined in a power greater than we can even imagine.”