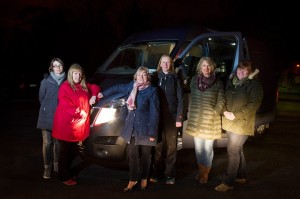 Ruhama has called on the Minister for Justice, Frances Fitzgerald, to repeal the soliciting offence which criminalises women in street-based prostitution.

“As a frontline service, we see the direct impact a criminal record for soliciting has on the lives of women in street-prostitution,” said Sarah Benson, CEO of Ruhama.

“Such convictions create enormous barriers for women when moving on with their lives from prostitution. The Minister for Justice has an opportunity now to address this issue by repealing the soliciting offence for those selling sexual services,” the Ruhama spokeswoman added.

The heads of the Criminal Law (Sexual Offences) Bill 2014 were recently published and Ruhama welcomed the fact that it will tackle demand in the sex trade.

“We urge the Government not to delay further in enacting the long awaited Sexual Offences Bill 2014 and bring our prostitution legislation in line with that of Northern Ireland who will enact new sex buyers laws in June,” Sarah Benson stated.

In Northern Ireland the Human Trafficking and Sexual Exploitation Bill contains measures in Clause 6 to criminalise the buying of sex while decriminalising soliciting for those involved in prostitution. (See www.CatholicIreland.net story 21 October 2014)

Ruhama gave evidence to the Northern Ireland Assembly during the Committee State of the Bill, outlining its experience of working at the frontline with women affected by prostitution and sex trafficking.

Ruhama stated that when the Republic of Ireland Criminal Law (Sexual Offences) Bill 2014 is published in full it should go further and repeal the soliciting offence which criminalises women in street based prostitution. 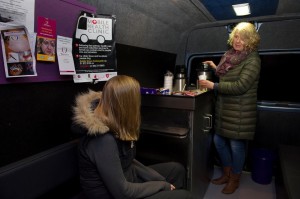 Sarah Benson spoke of the issue as Ruhama launched a new outreach van to help women involved in street prostitution.

The back of the van is specially equipped to create a safe space where women can get off the street, sit, have a cuppa, or a chat during the night. It helps initiate contact with the women.

“The vehicle may be new but our outreach service which has been providing a safe, non-judgemental, practical support and information service to thousands of women over two decades continues the same,” Sarah Benson explained.

She added that the specially equipped van now includes a mobile phone charger and additional insulation, so as to add to the comfort and practical use of the outreach service.

This is the fifth such van in 26 years and, like its predecessors, will be on the streets an average of four nights a week in the ‘red light’ districts of Dublin.

Ruhama states that while the Irish sex-trade operates predominantly off-street, there is still a steady number of women in on-street prostitution.

They have very few supports and the prostitution environment, whether on-street or off-street, is isolating and dangerous.

“Our outreach service engages with 70 to 80 women a year and their presenting issues may include: addiction, debt, homelessness, poor health, suicidal ideation and experiences of violence (which is often directly in the context of their prostitution). For others, the van is simply a safe place to get away from the streets temporarily and meet a friendly face,” said Sarah Benson.