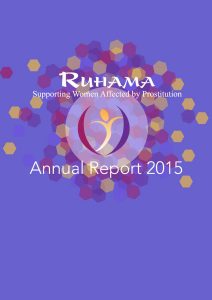 More can be done to prevent trafficking and exploitation in Ireland, according to a leading NGO which helps women affected by prostitution.

“This is very low relative to the numbers who buy sex in countries where they have fully decriminalised/legalised the trade but still enough to drive a lucrative and highly criminally organised business worth an estimated €250 million per year,” said Sarah Benson, CEO, *Ruhama.

Following Sweden’s example, France has just enacted legislation which decriminalises individuals who are in prostitution, and criminalises the sex buyer as the source of demand for prostitution.

It also targets pimping and trafficking.

Ruhama has called on the Irish Government to follow suit and “uphold the human rights of those most at risk by enacting similar laws as a matter of urgency.”

The Sexual Offences Bill 2015 had been prepared by the last Irish Government but it was not passed into law before the General Election in Spring 2016.

During 2015, more than 20,000 contacts were made to the Ruhama support service for women affected by sex-trafficking and prostitution.

“Of particular note in 2015 was a 16% increase in the number of different nationalities of women engaged with. We engaged with and provided assistance to women from 43 different countries,” said Sarah Benson,

This compares with 37 different nationalities in 2014.

“When we look at prostitution and sex trafficking it is critical that we become more alert to the gendered dimension of migration and the risks to women and girls. So many women and girls already face exploitation and abuse while in transit, therefore; it is truly devastating to know that many reach what they believe to be a safe harbour only to find themselves thrust into brothels to be sold for sex,” said Sarah Benson.

She said that even those women who migrate for ‘economic’ rather than ‘asylum’ purposes can find themselves equally at risk to exploitation by the organised crime gangs managing the majority of the Irish commercial sex trade.

The housing crisis in Ireland raised many issues for Ruhama during the year. Women exiting prostitution or fleeing trafficking are desperate to move on with their lives and the lack of affordable accommodation is a major obstacle.

“The terrible irony we experience is that we are facing such challenges to get appropriate housing for the women we help, while at the same time most of the victims of trafficking we support were being kept by organised crime gangs in houses used as brothels in ghost estates, urban apartments and other rented accommodations right across the country,” said Sarah Benson.

An additional barrier for migrant women from the European Economic Area is the Habitual Residency Condition as they cannot access any social welfare supports, even if they have been trafficked and sexually exploited here in Ireland.

*Ruhama is a Non-Governmental Organisation (NGO) and a registered charity founded in 1989. http://www.ruhama.ie