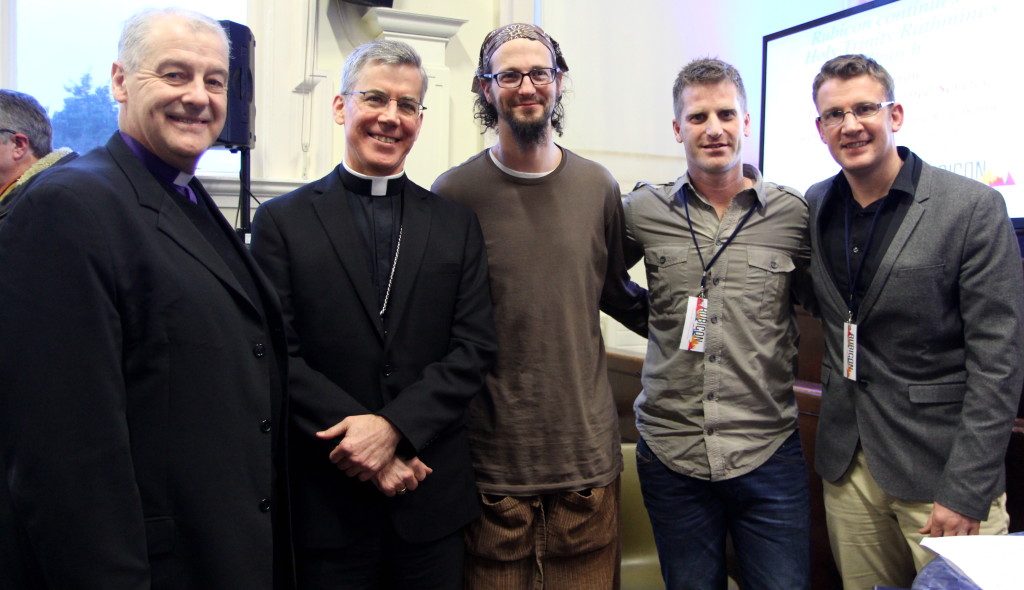 The ecclesiastical world is going nowhere without the secular world, the Church of Ireland Primate of Ireland has said as he reminded Christians that the world is a gift from God.

In his address to the 2014 Rubicon Conference in Dublin, Archbishop Michael Jackson said that depending on how the interplay between the ecclesiastical and the secular is lived out in contemporary spiritual and scientific terms, it could be a point of critical and conflagrational engagement.

“Hence there is an imperative for Christian people to engage in a spirit of service and of custodianship and of protection and generosity towards others, particularly those who are vulnerable,” Archbishop Jackson said.

In his address to the interdenominational meeting of young Christians, which was also attended by the papal nuncio, Archbishop Charles Brown, the leader of the Anglican community in Dublin said there was a need for churches and for church people to engage enthusiastically with knowledge about the world and its workings – its potentials and its pitfalls.

This was something the churches and Christians had “frequently failed to do.”

Discussing the gulf which opened up in the 1960s and 1970s – a questioning age – between academic theological exploration and basic ecclesiastical survival, he said this was something from which the church still struggled to recover.

This was “but the next stage of the seemingly ‘lost battle’ between science and religion in the late nineteenth century.”

He added that Church people are still frightened of analysis and criticism and as a result pay scant attention at ground level to disciplines such as psychology and sociology. “We fear they may just offer us the possibility that we are ‘long gone’ and irrelevant,” he commented.

“A fearful church and a fearful city withdraw into self-preservation. It can take the form of a cynical manipulation of statistics; or the suggestion that, all things considered, we are doing the best that can be expected of us, in the circumstances; or they don’t appreciate the effort we are making or see how difficult it really is,” he highlighted.

Elsewhere, no attention is paid to civic entitlements such as town planning and what makes a community.

“These might include the provision of essential and generous services along with the sense of security which people are entitled to have day and night.”

“We are all very aware just how humiliating it is for areas to be designated No Go areas; it is a break-down of civic responsibility and of law and order and makes human flourishing impossible.”

The Archbishop offered three words which he said were needed if we are to participate in the life of the city: respect, ecology and integration.

“Respect implies and requires, literally, that we look back again, look over our shoulder to make sure that another person is safe. The practicality of this is that we ensure that policy decisions reflect and affect the best opportunities for city-based life for others every bit as much as for ourselves.”

“Ecology literally means the science or knowledge of the house or household. It has to do with healthy and exuberant living most widely and generously understood. It has to do with creating and sustaining the built heritage and the opportunities for congregating to celebrate and enjoy one another as cultural beings in our diversity.”

“Integration is the open and generous side of integrity. Integrity is not enough as it can have a self-focused and a self-interested side to it. Integration is very passionate about the shared overlaps of identity and the fresh capacity which this affords to allow people who are different to create a new common future.”

None of these, he said were “exclusively religious nor, again, exclusively non-religious.”

Partnership across distance to my mind is the abiding challenge which city life asks and offers each of us. And the proof of it is in the response both of residents and of visitors as both together discern how we care for those whom we may never see more than once but are required to cherish in that one meeting.

This year’s Rubicon conference was organised by Holy Trinity Church in Rathmines. The annual gathering is aimed at drawing together innovators and the best ideas through which the Gospel can be embodied in public and cultural life.

The conference’s method of learning is: exposure, conversation and collaboration. The organisers make an intentional effort to platform the best and the brightest ideas that are shaping this island and our world and interact with them.

It brings together leaders from the media, education, politics, arts and entertainment, business, the social sector and the church to learn from one another, it instigates lively interaction and learning.

The organisers believe that inherent in Christian faithfulness is the responsibility to create a better world, one that reflects God’s original design and intention.

Rubicon is a place those gathered will be able to explore what that might look like and how God’s intention is showing up in the lives of their peers and the cultural projects they create.