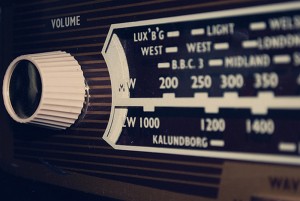 The Catholic Communications Office on behalf of the Irish Catholic Bishops’ Conference has welcomed RTÉ’s announcement that it will postpone the closure of its long wave transmitter for three months.

Earlier this month the national broadcaster decided to close the transmitter as of 27 October 2014.

This shutdown will result in the station’s one and a half hours of religious services currently broadcast on long wave being transferred to digital radio.

The Catholic bishops appealed for a longer lead in time saying the “short-notice given by RTÉ will result in a net loss of listenership”.

They were concerned that the audience affected would be mostly rural, older, less well-off, living in the North of Ireland, as well as the elderly Irish in Britain.

Yesterday the Managing Director of RTÉ Radio told the Joint Committee on Transport and Communications that the closure would be postponed three months until 19 January 2015.

Jim Jennings said what was evident was that more time was needed to engage with groups affected. He and an RTÉ delegation will travel to the UK next week to meet organisations and see if there is a better solution to the long wave issue.

Mr Jennings assured the Oireachtas Committee that RTÉ was doing all it could “to engage with community groups” and he accepted that the original window given for closure was too short.

The bishops’ communications office said the decision was welcome “as this will give more time to prepare and plan for the consequences of this significant broadcasting decision”.

In their original communique to RTÉ the bishops asked the station to undertake an audience survey in order to determine the actual number of listeners to its LW broadcasts of religious programmes; they also questioned how prepared this radio audience is for a digital switchover; and suggested RTÉ determine which areas of the country (north and south) will be affected by the decision.

They also appealed to RTÉ to improve FM broadcasting across the North as “good listening reception is inconsistent.”

RTÉ has been broadcasting on Longwave 252 since 2004. The signal covers the island of Ireland and reaches Britain. Now, however, only 2% of its listenership is on longwave. Most modern radios do not have longwave, and the quality is poor.

According to Tom McGuire, Head of RTÉ Radio 1, the availability of the radio service through new digital platforms provides a much improved sound quality and broader access for all programmes.