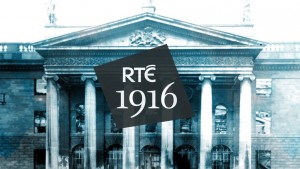 The 1916 Mass of Remembrance concelebrated by the Primate of All Ireland and the Primate of Ireland will be broadcast live on RTÉ One Television and on RTÉ Radio 1 Extra and Longwave 252 from 9.45am today.

Archbishop Eamon Martin will be the principal celebrant at the Mass, while Archbishop Diarmuid Martin will preside and preach the homily.

President Michael D. Higgins, as well as members of the Government, will attend the ceremony in the Church of the Sacred Heart – the church of the Defence Forces – in Arbour Hill, and will be joined by relatives of those executed following the Rising on the centenary date of the 1916 Easter Rising.

An inter-faith prayer service will take place after the Mass in Arbour Hill Cemetery, along with a wreath-laying by President Higgins.

The adjacent military cemetery is the resting place for fourteen of the executed leaders of the Rising including Pádraig Pearse, James Connolly and Major John McBride.

Later today, the Most Revd Dr Richard Clarke, Archbishop of Armagh and Church of Ireland Primate of All Ireland, will preach the sermon at a special service to mark the centenary of the events of Easter 1916 at St Patrick’s Cathedral Dublin on Sunday, 24 April, at 3.15pm.

The service will follow the order for Evensong and include music from Irish composers Charles Villiers Stanford and George Hewson.

It will take place in the presence of the Catholic Archbishop of Armagh and Primate of All Ireland, Archbishop Eamon Martin, and the Aide de Camp of the President of Ireland.