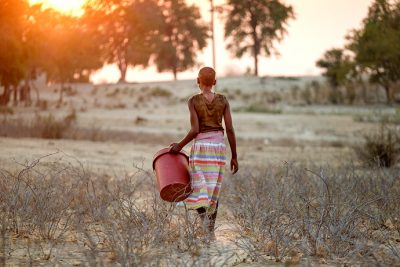 The recently deceased former president of Zimbabwe Robert Mugabe leaves a legacy of his initial tireless work for the new republic and later decades of misrule, violations and economic collapse.

This is according to Trócaire’s Country Director, Sarah McCan, who stated that her Zimbabwean colleagues felt everything from sorrow to anger after his death.

“I am constantly struck by the complexity of this beautiful country where the people are its richest asset. Yet this beauty is often overshadowed by the devastating impacts of those who rule and leave a very mixed legacy behind them,” she said.

The Zimbabweans felt sorrow for the death of Robert Mugabe as the independence hero and the person at the helm at the end of colonial rule in Zimbabwe in 1980 and for the first few years when he ruled the country well, investing in health and education for the majority black population, focusing on his people’s empowerment.

However, they also felt anger for the unanswered questions since the massacres by Robert Mugabe’s government and Zimbabwe’s armed forces of over 20,000 people in 1983 in the southern part of Zimbabwe (Matabeleland).

“Future generations still carry the burden of not knowing where their loved ones were buried or whether there will ever be really truth and reconciliation,” she said.

The anger was also for the decades of misrule, economic crisis, elections that were not free or fair and civil society organisations that were under threat. These include many of Trócaire’s partner organisations, who carry out their work in fear of closure or worse.

The later years have resulted in over 200 per cent inflation and unemployment of over 90 per cent in a country that was once a major food producer.

“[Zimbabwe is] a country stricken by drought with over 5 million people facing food shortages this year,” Sarah McCan stated. “According to the UN, a third of the population is now facing a food crisis.”

Trócaire has been working in Zimbabwe for 45 years and 6 of those were before independence, when the country was called Southern Rhodesia.

The NGO works with the poorest and those whose human rights have been violated. In 2018 Trócaire supported 178,000 people, and its human rights work involved providing community training, mobile legal clinics, and documentation of violations and litigation.

This year the charity has been working to help those affected by Cyclone Idai and supporting those worst affected by the current drought, who cannot feed their families or send their children to school.

Robert Mugabe died last week at the age of 95. He was president of Zimbabwe until he was forced out of office and the country in 2017. His former deputy, Emmerson Mnangagwa, then became president.