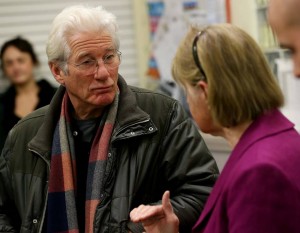 American actor, Richard Gere, lent his support to the Focus Ireland campaign calling on the next government to make the issue of homelessness a top priority.

The actor, who plays the part of a homeless man in his latest film, visited the Focus Ireland coffee shop, advice and information centre in Temple Bar on Friday.

He also attended the premiere of his new movie and appeared on The Late Late Show.

“I don’t have any political agenda, I just want to see things improve. Ever since I have been working with a homeless coalition group in New York I have seen through my experiences and from listening to people who are homeless that we all really need to transform our thinking to solve these issues,” he said.

“We need to really see people who have difficulties such as being homeless as our brothers and sisters – as ourselves. This is the only way we’ll transform countries’ responses to homelessness and social issues.”

At Focus Ireland he met with people currently experiencing homelessness. The actor also met founder and life president Sr Stan and got involved in a discussion on the deepening housing and homeless crisis in Ireland. 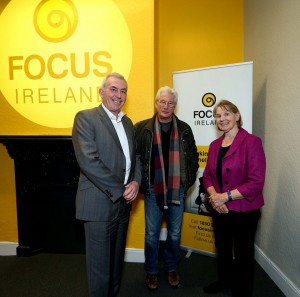 Focus Ireland welcomed the actor’s visit and said he has long supported the rights of people experiencing homelessness across the world.

He has helped give a voice to those affected by homelessness through his advocacy work and campaigning.

In his latest film ‘Time Out Of Mind’ he plays a character called George Hammond, who is living on the streets of New York.

In preparation for playing the part of a homeless man in the film Richard Gere spent periods of around 45 minutes posing as a homeless person at street corners.

Even though he is a famous actor no one recognised him during these periods. He said that while he was “in character” as homeless he could see people passing judgment based on how he was dressed.

In the UK to promote the film this week, the actor will meet homeless people who have been helped by UK charities, including Centrepoint and Crisis.

Centrepoint was founded by the Vicar of St Anne’s, the parish of Soho, and some others, including campaigners on housing and homeless who had protested at the infamous Centre Point office tower. 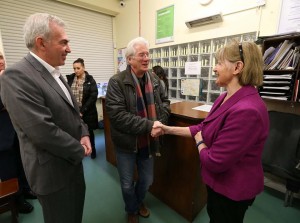 The  documentary-style film about homelessness, titled ‘Time Out of Mind’ will be released in the UK on Friday 4 March.

Gere plays a down-and-out man with mental illness who struggles to survive on the streets of New York City, sleeping on benches, eating out of dustbins and begging for spare change. “I’m nobody, I don’t exist,” his character states.

Altitude Films, which is distributing the film, will donate 10% of the UK profits from ‘Time Out of Mind’ to Crisis and Centrepoint.

Richard Gere has worked on behalf of the homeless for more than 10 years, playing an active role with New York’s Coalition for the Homeless.

He regularly goes to New York shelters in his role as a special inspector for the charity, where he has been moved by the stories of those in need. One of the men he met was caught up in 9/11 and he had some mental issues and ended up on the streets.