Home > News > Review of missal on the cards according to liturgist

Review of missal on the cards according to liturgist 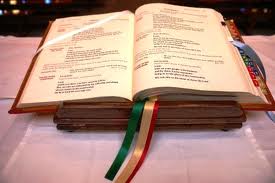 The retired director of the National Centre for Liturgy in Ireland has indicated that a review of the new English translation of the missal is on the cards though the mechanism to bring about such a review about remains unclear.

Fr Paddy Jones has just finished 21 years of service as secretary for liturgy and director of the National Centre for Liturgy in Maynooth.

Writing in the Summer/Autumn/Winter 2013 issue of New Liturgy, a bulletin for the National Secretariat for Liturgy, he states that such a review is “necessary” if we listen to what is being said and what is happening.

He acknowledges that there has been both scholarly and pastoral criticism of the new translation and the instruction on the translation.

Elsewhere in his commentary, Fr Jones, who has been a prominent advisor to the Irish bishops on liturgy for 21 years, referred to the translation’s “non-acceptance by some” as well as the “use of a mixture of old and new translations” by others.

He also highlighted the “disturbing quietness of congregations to the new responses” and other parts of the Mass.

Fr Jones recalls that, “During my 21 years as secretary for liturgy, the main preoccupation has been the Roman Missal.”

He also states that the Congregation for Divine Worship was “very dissatisfied with the structures and work of ICEL” and this lead to the structures of ICEL being “radically” changed.

“The change (in ICEL) from being a commission mandated in its work by eleven conferences to a newly constituted commission in 2002 is a story to be told elsewhere, but it will make unsettling reading,” Fr Jones remarks.

Elsewhere, in his article, the liturgist says that “The translation of the third edition of the Roman Missal was produced. Its merits and demerits are well known. It is a fuller and more literal translation but its style often has an awkwardness that in many cases can be overcome by careful preparation – a very good thing in itself.”

Speaking to the international Catholic weekly, The Tablet, Fr Jones said questions were being asked at the level of national liturgy agencies about the translation and the process by which the 2001 instruction on translation was included. 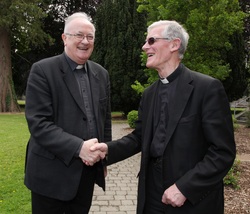 He said questions were also being asked about the level of consultation throughout the process, and the implementation of the translation through the publication of the actual texts of the Missal.

He added the possibility of a review of the Missal was being talked about at a number of levels and was “generally accepted as useful and necessary.”

The Association of Catholic Priests, which has a membership of over 1,000 or a third of Irish priests, has been one of the leading opponents of the new Missal in Ireland.

Separately, in his article, Fr Jones states that several have commented very favourably on the (English language) texts for the Irish Proper in the Missal.