Home > Featured > Resignations of Bishops of Ossory and Galway announced

Resignations of Bishops of Ossory and Galway announced 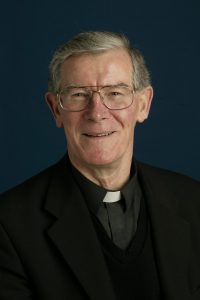 Pope Francis this morning accepted the resignations on health grounds of two Irish bishops of the dioceses of Ossory and Galway.

In an announcement made in Rome on Friday morning at 11am Irish time, it was confirmed that Bishop Seamus Freeman SAC of Ossory and Bishop Martin Drennan of Galway and Kilmacduagh, who is also apostolic administrator of Kilfenora, would both be standing down on grounds of ill health.

In a statement, Bishop Freeman said on Friday that he had written to the Pontiff some time ago requesting him to accept my early retirement as Bishop of Ossory due to ill health in accordance with Canon 401 § 2.

“Since suffering a stroke in September 2013, I have continued to serve the good people of God, entrusted to my care as bishop, to the best of my ability. It was my hope that I would continue my episcopal service until the retirement age of 75 years. However, due to ill health, for some time now I have found my ministry as bishop to be somewhat of a challenge,” Bishop Freeman said.

“Therefore after prayerful reflection and with a sense of sadness, I came to my decision to retire, as I have been very happy and blessed amongst you, the good people, priests and religious of the Diocese of Ossory.”

He added that throughout his life, “in particular when difficult decisions had to be made during my time as bishop”, he had always endeavoured to deal with the people of God with a deep sense of dignity and respect, in accordance with the true spirit of the Gospel.

“It is my hope, and indeed it is my fervent prayer, despite my limitations, that I have served you well,” Bishop Freeman stated.

Responding to news of the resignations, the Primate of All Ireland, Archbishop Eamon Martin expressed his sincere gratitude to Bishop Drennan and Bishop Freeman.

He paid tribute to Bishop Drennan’s generous commitment to the areas of liturgy, catechetics and doctrine and said this had been much appreciated by the bishops.

“Drawing from his experience as a former professor of scripture, his knowledge of the Word of God brought a depth and richness to his contributions to the work of the Bishops’ Conference.” 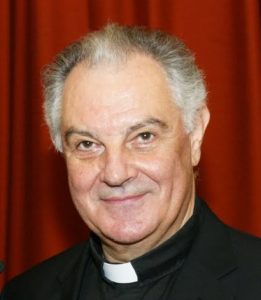 Archbishop Martin said Bishop Freeman’s input at the Episcopal Conference since 2007 was another valuable resource for the bishops because of his long experience in worldwide leadership of the Pallotine Order and his work as a parish priest in Rome.

“Bishop Freeman’s interest in the areas of pastoral renewal and faith formation was an indication of his faithfulness to the new evangelization in this country. I wish God’s blessing on both Bishop Drennan and Bishop Freeman in their retirement and assure them of my prayers for their good health.”

Separately, in a statement, Archbishop Michael Neary of Tuam said he had heard of the resignation of the Bishop of Galway, Most Reverend Martin Drennan due to ill health “with genuine regret”.

He stressed that in terms of his ease and physical health, Bishop Drennan’s retirement will be welcomed, “but in every other regard it is a cause for sadness”.

“The Church in Ireland has been the richer for his service as a bishop and is greatly the poorer for its ending.”

“I have had for many years the honour both of serving with him in the episcopate and of counting him for much longer as a personal friend.”

He described Bishop Martin as a man of few words but added that these words were very carefully chosen and contained great depth and insight.

“Deeply spiritual in outlook, he continually drew his inspiration from the Word of God which shaped his ministry as bishop. When sharing God’s word with people, there were always new insights which were comforting, consoling but also challenging.”

“He has given unstintingly of himself in that service, irrespective of thanks or criticism. His natural modesty and reserve concealed an able, principled and determined leader. That leadership had deep roots which nourished and supported his ministry.  A man of integrity, he recognised that truth always has a liberating quality which finds expression in courage and conviction.”

“Caring and compassionate in his relationships, he will be missed by the people, religious and priests of the diocese.  He never, during all his service as a shepherd, recoiled from witnessing to the Gospel irrespective of the circumstances.”

Life and ministry of Bishop Freeman