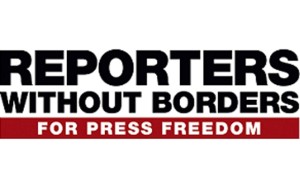 The Vatican has been criticised by organisations including Reporters Without Borders and the OSCE for putting two journalists on trial for publishing expose books using leaked information.

Critics have warned that the case poses a threat to freedom of the press.

On Tuesday, the scandal branded ‘Vatileaks 2’ saw the trial commence against five people alleged to have been involved in the leaking and publication of documents on alleged financial mismanagement and clerical overspending in the Vatican.

On Tuesday, Gianluigi Nuzzi told media covering the Vatican trial that freedom of information and of the press are worth defending.

“We are not martyrs, we’re just reporters but some principles must be defended,” he said.

The author of the newly published book, ‘Merchants in the Temple’ added, “You can criticise, appreciate, or blame but there is another level, which is safeguarding freedom of information.”

However, Vatican prosecutor, Roberto Zannotti, has argued that the charges are not an attempt to curb press freedom but relate to “illicit behaviour” by journalists and their sources.

Mgr Vallejo Balda and Chaouqui were both members of the now-defunct COSEA commission set up to advise Pope Francis on reform of the Holy See’s economic-administrative structure.

Emiliano Fittipaldi’s book ‘Avarice’ has alleged that officials in the Vatican’s Secretariat for the Economy spent hundreds of thousands of euros on business class flights, clothes made to measure, and expensive furniture.

Both Fittipaldi and Nuzzi have indicated that they believe that even if they are found guilty by the Vatican tribunal, the Italian government will not approve an extradition request, since Italy protects the freedom of the press.