Home > News > Remembrance service for those lost in farm accidents

Remembrance service for those lost in farm accidents 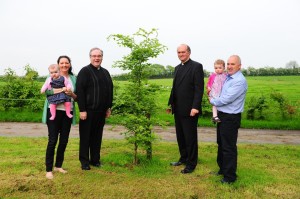 Both the Catholic and Church of Ireland bishops, Denis Nulty and Michael Burrows, will attend a memorial service along with politicians, rugby stars and industry leaders to remember those who have died in farming accidents.

The idea came about following the tragic death of Brian Rohan’s father Liam in a farm accident.

Brian wanted his father to be remembered in a meaningful way and not just as a number recorded by the Health Safety Authority.

“Brian felt that once the inquest was over there was nothing as regards his father’s memory and he wanted to have some way of remembering his father,” Norma Rohan told catholicIreland.net. 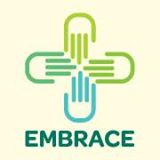 While there was enormous support around the time of the funeral, the Rohan family found they needed emotional support afterwards too.

From this need the memorial service came about and it is hoped it will become an annual event.

Families and friends will be present and will read out the names of their loved ones who died in farm accidents.

Organisers say it is still not too late to send in names to be included on that list.

“We will be all together in one place to say ‘you are not forgotten about’,” said Norma Rohan.

Embrace FARM ecumenical service was announced with the support of rugby players Munster’s John Hayes, Ulster’s Rory Best and Leinster’s Sean O’Brien who are themselves part of farming families.

The Minister for Agriculture, farming association leaders, and chief executives of Health and Safety bodies from both the Republic of Ireland and Northern Ireland are also expected to attend.

It is estimated that 200-300 adults and children have lost their lives in farming accidents during the last 10 years.

Norma and Brian Rohan have also been contacted by people who lost family members decades ago.

One man who lost his brother 40 years ago was upset as he recalled that tragedy.

Another man spoke of how his father had suffered from depression ever since a young nephew had a fatal accident on his farm years before.

As well as emotional support, farming families also need practical and legal advice. Transferring farm ownership to the surviving spouse or family member, or dealing with the banks is unbelievably difficult for those who are grieving.

For example, the Rohans took a call from a newly widowed woman with a five-week-old baby and two-year-old, who discovered there was no life assurance and very little cash left to survive on.

Another woman who had not married her partner was in great difficulties about farm ownership.

The Rohans and the Embrace FARM group hope to meet with the Minister for Agriculture to discuss setting up a specialised team within his department to help and guide grieving families with the very practical issues such as transferring herd numbers, and paperwork and rights and obligations in relation to farm schemes.

After the remembrance service on Sunday there will be refreshments and further information and speakers on such issues at the local Abbeyleix Manor Hotel as well as a counselor speaking on mental health issues.

This first remembrance service is seen very much as a start and the hope is to continue to support farm families after tragic accidents both in an emotional and practical way.

– Families who have lost loved ones to farm accidents are encouraged to contact organisers to have their names read out at the service.