"Let us not forget the efforts that lie ahead," said Ireland's Church leaders quoting the British prime minister Winston Churchill.

Yesterday, on the 75th anniversary of VE Day, the day when the Nazi forces of Germany finally surrendered unconditionally to the Allied powers, the leaders of our four main Churches issued a 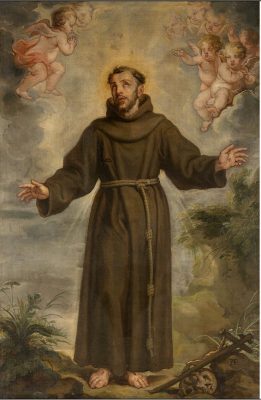 joint meditation on the work of reconstruction and reconciliation.

Contrasting our current situation with the celebrations marking the end of World War Two, the Church leaders said yesterday should have been a day to remember, but instead we find ourselves “facing a very different war with an unseen enemy in the COVID-19 pandemic”.

On Tuesday 8 May 1945, countless numbers of people celebrated the ending of six years of war, the Church leaders recall. “Those years had brought immense pain and suffering with millions of lives destroyed. Life would never be the same again for a generation. People rejoiced that the dark days were over and so streets were filled with people celebrating.”

But the two Archbishops of Armagh, Eamon Martin and John McDowell, the Presbyterian moderator Rev William Henry, and the Methodist President Rev Sam McGuffin also recalled the words of the British prime minister Winston Churchill three-quarters of a century ago when he said in his VE Day speech “We may allow ourselves a brief period of rejoicing, let us not forget the efforts that lie ahead”.

“Peace was won, but at a great cost,” the four Irish church leaders said. “The world has changed much in the years since. Peace is still a costly, precious and fragile commodity – a reality that perhaps we in this place know better than many others. Reconciliation takes years of work and an appreciation and understanding of the needs and aspirations of others. Only then is it possible for a shared path to be walked together.”

Looking at the current pandemic that is affecting people across the world, the church leaders noted that the UN Secretary-General António Guterres has called for warring parties in current armed conflicts around the world to lay down their weapons in support of the “bigger battle against COVID-19, the common enemy that is now threatening mankind”. Notably, because of the coronavirus outbreak, military parades across the world from Beijing to Paris and from Moscow to Washington have been cancelled.

More than a quarter of a million people worldwide have been killed in the new cononavirus outbreak and at least 3.5m have been infected. The world’s economies have been badly affected and there are calls for the introduction of support programmes on a scale equivalent to the 1948 Marshall Plan to help nations recover.

“Our hope is that the world will see a new dawn once this pandemic is conquered. That people will realise the futile nature of war and how precious the gift of life truly is,” they noted. “With God’s help may we together work to create and shape a better and more peaceful world where love and respect is at the centre of all our thinking.”

At this time, they suggest that the Prayer of St Francis of Assisi is an appropriate one for our meditations:

Lord, make me an instrument of your peace;

where there is hatred, let me sow love;

where there is injury, pardon;

where there is doubt, faith;

where there is despair, hope;

where there is darkness, light;

and where there is sadness, joy.

grant that I may not so much seek to be consoled as to console;

to be understood, as to understand;

to be loved, as to love;

for it is in giving that we receive,

it is in pardoning that we are pardoned,

and it is in dying that we are born to Eternal Life.