Religious Sisters of Charity to end involvement in St Vincent’s 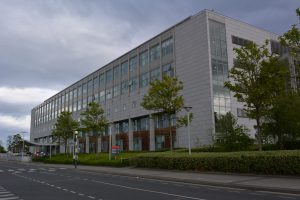 The Religious Sisters of Charity announced on Monday that they are to end their involvement in St Vincent’s Healthcare Group and will not be involved in the ownership or management of the new National Maternity Hospital.

In a statement issued by Sr Mary Christian, Congregational Leader of the Religious Sisters of Charity, the order said they believed that the continued success of St Vincent’s Healthcare Group (SVHG) “can best be ensured by our transferring ownership of the group to a newly formed company with charitable status to be called ‘St Vincent’s’.”

They said the Religious Sisters of Charity will have no involvement in this new company.

The ending of the religious order’s involvement in St Vincent’s Healthcare Group means the new company “will not be subject to undue influence by individuals or from any source,” the Sisters stated.

This should allay the concerns of those who were opposed to the Sisters’ ownership of the new maternity facility, such as Dr Peter Boylan, former Master of the National Maternity Hospital.

He believed that the move by the NMH Holles Street to the Elm Park campus and the Sisters’ ownership of the new maternity facility would have meant a Catholic ethos would prevail.

He told RTÉ that if the new hospital was forced to follow the religious order’s ethical code, it wouldn’t provide sterilisation, infertility treatment, gender-reassignment surgery and abortion.

According to the Religious Sisters of Charity, the new hospital group will now comply with national and international best practice guidelines on medical ethics and the laws of the Republic of Ireland.

They also revealed that for the last two years they have been actively working to find the best way to relinquish their shareholding of the St Vincent’s Healthcare Group (SVHG).

“Upon completion of this proposed transaction, the requirement set out in the SVHG Constitution, to conduct and maintain the SVHG facilities in accordance with The Religious Sisters of Charity Health Service Philosophy and Ethical Code, will be amended and replaced to reflect compliance with national and international best practice guidelines on medical ethics and the laws of the Republic of Ireland,” the congregation stated.

They said the SVHG Board, management and staff will continue to provide acute healthcare services that foster Mary Aikenhead’s core values of dignity, compassion, justice, quality and advocacy.

“They will ensure that the three hospitals in SVHG can continue to meet the needs of their patients and families, so that every individual can always access the care and treatment they need to achieve health and well-being.”

The new company – St Vincent’s – will replace the Sisters of Charity as the shareholders in SVHG. Consistent with the transfer of ownership, the Religious Sisters of Charity will no longer have a right to appoint Directors to the Board of SVHG, and the present two Sister Directors will resign from the Board with immediate effect.

St Vincent’s will not seek to generate any profit or surplus, or to remunerate Directors for their work.

In the event of the liquidation or wind-up of St Vincent’s at any time in the future, any surplus assets arising therefrom will be vested with the Charitable Regulator and utilised for healthcare purposes and facilities with similar values. This is in accordance with the provisions of the Religious Sisters of Charity Constitution.

In her statement Sr Mary Christian said, “Just as our Founder Mary Aikenhead saw the need in 1834 to establish a hospital to meet the needs of the sick and poor, we believe that it is in the best interests of the patients and children born in the National Maternity Hospital today that they be provided with modern maternity and neonatal services that are women and infant centred and integrated within the Elm Park campus.

“It is now time for us to relinquish completely our involvement in SVHG. We are confident that the Board, management and staff of SVHG will continue to maintain a steadfast dedication to providing the best possible acute healthcare to patients and their families in line with the values espoused by Mary Aikenhead.”

The proposal has the full support of the Board of SVHG. It is subject to implementation of all necessary legal, financial and regulatory matters.

Responding to the announcement, the Minister for Health Simon Harris welcomed the decision as “a very significant development for the healthcare sector”.

Commenting on the announcement by the Religious Sisters of Charity that they intend ending their involvement with St Vincent’s Healthcare Group, the Minister said, “the timing of this historic decision is very welcome. It directly addresses concerns regarding the question of religious influence in the new National Maternity Hospital and further illustrates the constructive role of the Sisters to facilitate this landmark project.”

The Department of Health is continuing to engage with St Vincent’s Healthcare Group and the National Maternity Hospital in relation to the project. The Minister will update the government on the project next week.

Over the years it developed schools of medicine, nursing and diagnostic imaging, and in 2001 SVHG was incorporated to include St Vincent’s University Hospital, St Vincent’s Private Hospital and St Michael’s Hospital.

Since St Vincent’s Hospital was founded, it has always maintained an atmosphere of compassion towards its patients and their families, and is guided by values that mean each patient is treated with dignity and respect:

Mary Aikenhead had a dream and that was “the establishment of a great hospital in which the sick poor should receive all the aid that the physician’s skill could provide and all the ministrations that the Sisters of Charity could afford”.

In 1833, in preparation for the fulfillment of her dream, Mary Aikenhead sent three Sisters of Charity to Paris to train in hospital administration.

Her dream became a reality with the purchase of a house on St Stephen’s Green, bought for that purpose with the dowry of a Sister.

On 23 January 1834, the Sisters of Charity took possession of the house. The work of adapting the house to the needs of a hospital was then undertaken and in the spring of 1835 all the arrangements were completed and St Vincent’s Hospital opened with one ward, containing twelve beds for women.

The beds were soon filled and with the increase in the number of applicants a second ward was opened and then a third and finally a ward for children.

The opening of St Vincent’s attracted much interest among the general public. It was the first hospital in these islands to be organised and staffed by women.

Nursing in the modern sense was unknown, and it was one of the first great works of Mary Aikenhead to break down prejudices and to raise care of the sick to a profession in her native country.

It is recounted that the first surgery performed in St Vincent’s Hospital was on a little boy who was comforted by Mary Aikenhead while it was being performed.

Over the many years St Vincent’s outgrew the site at St Stephen’s Green. In July 1934 there was great excitement at the purchase of the new green field site at Elm Park by the Sisters of Charity as a site for their proposed new hospital.

However, hopes of commencing work on the site for the new hospital were dashed by the outbreak of World War II (1939–1945).

There had been many false dawns in the history of the coming into operation of the hospital in Elm Park.

On Saturday 31 October 1970, the hospital on the Green was closed to all patients and on the 1 November 1970, with the help of a fleet of 12 Order of Malta ambulances, 73 critically ill patients were transferred to the new St Vincent’s Hospital, Elm Park.

In 1999 St Vincent’s changed its title to St Vincent’s University Hospital. By this time it had become a major academic teaching hospital, affiliated to University College Dublin.

In 2003 St Vincent’s Healthcare Group Limited was formed and at this time the property of St Vincent’s University Hospital was transferred into the Company.

The Sisters of Charity became the Shareholders and two Sisters of Charity were members of the Board of Directors.  In compliance with the Companies Act 2014, a new Designated Activity Company, St Vincent’s Healthcare Group, was set up in 2016.

The hospitals in SVHG have had a long and successful heritage of providing acute healthcare services to the people of Dublin and indeed people from many parts of the country.