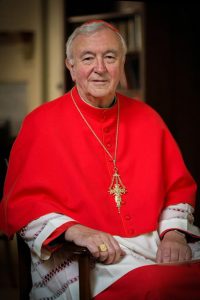 More than 130 imams and religious leaders are among those who spoke out against terrorism and prayed for the victims and their families following the attack on Saturday 3 June in London.

Cardinal Vincent Nichols, President of the Catholic Bishops’ Conference and Archbishop of Westminster, said: “I think of the people who lost their lives on London Bridge and in Borough Market and the impact that has had – because that sudden taking of life is always so terrible but it’s exactly what we bring to the Lord in our prayer in our churches.”

Pope Francis offered prayers for the victims and their families at the end of Mass for Pentecost Sunday, saying:

“May the Holy Spirit grant peace to the whole world, may He heal the wounds of war and of terrorism, which even this [Saturday 3 June] night, in London, struck innocent civilians; let us pray for the victims and their families.”

Eight people died and forty-eight others were injured after a van drove into pedestrians on London Bridge and people were subsequently stabbed in Borough Market. Armed police shot and killed the three attackers.

Church of England Archbishop Justin Welby condemned the attacks and said the people of London are responding with “courage, resilience and determination”.

He said: “After the horrifying events in London last night, churches around Britain today have been praying for the wounded and bereaved as they face such profound pain and struggle.”

He said that at services he had felt a tangible sense that people were praying, grieving and standing with the people of London. 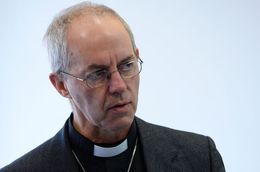 “The terrorists want to divide us. They want to make us hate one another. They want to change our way of life. But just like we saw in Manchester, Londoners are responding with generosity and open hearts,” he said.

Imams and religious leaders from across the UK and a range of schools of thought also came together to issue a public statement condemning the terror attack in London and to convey their pain at the suffering of the victims and their families.

In an unprecedented move, imams have refused to perform the traditional Islamic prayer for the terrorists – a ritual that is normally performed for every Muslim regardless of their actions. They stated:

“In light of other such ethical principles which are quintessential to Islam, we will not perform the traditional Islamic funeral prayer over the perpetrators and we also urge fellow imams and religious authorities to withdraw such a privilege. This is because such indefensible actions are completely at odds with the lofty teachings of Islam.”

Their statement, signed by each individual imam or leader, was issued by the Muslim Council of Britain, the UK’s largest Muslim umbrella body with over 500 affiliated national, regional and local organisations, mosques, charities and schools.

“We, as Muslim imams and religious leaders, condemn the recent terror attacks in Manchester and London in the strongest terms possible. Coming from a range of backgrounds, and from across the UK, feeling the pain the rest of the nation feels, we have come together to express our shock and utter disgust at these cold-blooded murders,” they said. 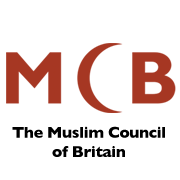 They are “deeply hurt” that the murderers seek to gain religious legitimacy for their actions.

“We seek to clarify that their reprehensible actions have neither legitimacy nor our sympathy. Though at no time is it acceptable, that such ruthless violence was perpetrated during the season of Ramadan, in which Muslims worldwide focus on pious devotion, prayer, charity and the cultivation of good character, demonstrates how utterly misguided and distant the terrorists are from our faith and the contempt which they hold for its values.”

They concluded by saying that the terrorists seek to divide, and they urged everyone to unite as one community and uphold love and compassion, stating: “Such criminals defile the name of our religion and of our Prophet, who was sent to be a mercy to all creation.”

They prayed for peace and unity, and for all the victims of terror both at home and across the globe, irrespective of their faith.