Religious educators of young people can learn from Don Giussani

Just over half of young people between the ages of 25 and 29 are registered as Catholic according to a recent census within the Diocese of Dublin.

Most Rev Diarmuid Martin, Archbishop of Dublin, said that only 52 per cent of young people in that age group are Catholic and added: “Our catechesis and religious education must address that changing reality and vigorously respond within the realities of our changing society.”

Speaking at a mass at the University Church, St Stephen’s Green, Dublin to commemorate the anniversary of the death of Don Giussani, the Archbishop stated that the Church should no longer be satisfied “with simple recognition of fragments of residual faith that are still present from one generation to the next. They are important, but insufficient today to build strong faith.”

Rather, he said that faith involves real ownership and integration into life. Young adults need more than school religious education to be able to address the challenges that they encounter later in life. Education, especially at second level, must be integrated within a faith community.

“But this does not mean a retreat from the complexities of the real world and indeed less so a retreat into a comfort zone of the like-minded,” he said. “Faith will always involve a challenge that never ceases and leaves people without delusionary certainties but with a sort of haunting for answers that drives people deeper into search for the real Jesus.”

He added that faith will never be left or right, conservative or progressive, or involve purely internal church agendas. Young Irish adults think in categories way beyond traditional religious categories.

“Strong faith brings the freedom to live everyday life with a new dignity,” he said. “We need new ways of bringing that freedom which comes from faith in Jesus to the mature adults of our times.”

He stated that the University Church has one such initiative with its Centre for Faith and Reason. 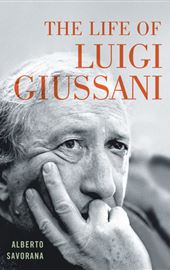 Archbishop Martin said his hope is “that in reflection on the unique work of Don Giussani those members of Comunione e Liberazione present will be inspired to discover further initiatives to mirror the great talent of don Giussani in the changing situation of Ireland”.

During his homily at the mass Archbishop Martin described Don Giussani as a priest of many talents and gifts from which we can all learn, especially in the context of religious education in Ireland today.

Archbishop Martin said that Don Giussani had the ability to lead young people who in many ways lived very much on the borders of the religious establishment of the day into a deep understanding of faith.

“Religious education in Ireland has much to learn from Giussani’s approach,” he said.