Home > Featured > Relics of Ss Louis, Zélie and Thérèse in Ireland for WMOF2018

Relics of Ss Louis, Zélie and Thérèse in Ireland for WMOF2018 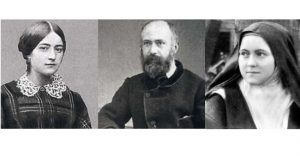 The relics of Saints Louis and Zélie Martin and their daughter St Thérèse of Lisieux arrive in Knock today as part of their visit to Ireland for the World Meeting of Families.

The visit of the relics began on Sunday in St Mary’s Pro Cathedral in Dublin, another venue which Pope Francis will visit at the end of the month.

The relics will be present at the opening ceremony of the World Meeting of Families in the RDS on Tuesday 21 August and they will also be in the sanctuary in the Phoenix Park for the Papal Mass on Sunday 26 August.

Saints Louis and Zélie are two of the patron saints of this year’s World Meeting.

Organisers of the visit have said the journey of the relics through Ireland is a form of pilgrimage leading up to the World Meeting itself and leading away from it afterwards.

According to the Carmelites, the Martin family embodies what is best in family life and offers a wonderful example of what a family can become.

The relics will also travel to several places across Ireland before and after the World Meeting and this gives a much wider group of people who cannot attend the Congress in the RDS, the Festival of Families in Croke Park or the Papal Mass at the close of the World Meeting an opportunity to participate in the Meeting in a different though tangible way.

Louis and Zélie Martin were beatified on 19 October 2008, not because they gave five religious to the Church, one of whom is a saint, but because their married life gave witness of an exemplary Christian life.

Their lives were completely ordinary, that of a Christian couple who raised their children by working together. They knew the joy and pain of all families, but in their togetherness all was love: the love of God; love of their children; love of others. 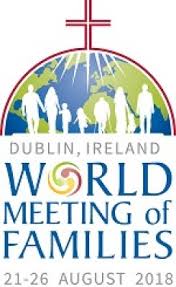 Both sought to join religious life, but both were turned away.

Louis and Zélie married on 13 July 1858. So successful was Zélie’s lace-making craft that Louis gave up his full-time work to manage her order book, and so Zélie became the main breadwinner.

Louis and Zélie were deeply devoted to one another and welcomed nine children – seven daughters and two sons – into the world, four of whom died young.

While their home was a happy place, it was not without its problems. Léonie – their third daughter – had poor health and learning difficulties. Bullied, she became disruptive at school. She would be for many years a source of concern for her parents. Léonie’s cause for beatification was introduced in 2015.

Louis and Zélie were deeply religious and went to daily Mass. Prayer formed an important part of family life, as did caring for the poor.

At the age of 45, Zélie developed breast cancer and died of it. Life without Zélie was very difficult for Louis and the children. He moved to Lisieux to be near Zélie’s brother and sister-in-law.

Louis saw Marie, Pauline and Thérèse enter the Carmelite Monastery in Lisieux between 1882 and 1888. Léonie entered the Visitation Monastery in Caen in 1887, but returned after six months. While it broke Louis’ heart to see his daughters go, he gave them generously to God.

In 1889, Louis developed cerebral arteriosclerosis. Celine and Léonie became his principal carers until his death in 1894.

Celine then entered the Carmelite Monastery and joined her sisters, where the youngest in the family – Thérèse – would be her novice mistress.

Léonie, who had previously tried her vocation with the Visitation community, re-entered the community in Caen and lived a saintly life until her death in 1941.

Saint Thérèse wrote to Abbé Bellière: “The good Lord gave me a father and a mother more worthy of heaven than of earth.” And in a letter to Father Roulland she speaks of the “heaven towards which tended all their actions and all their desires.”

Their life is like a catechism on family life. To know more about Saints Louis and Zélie Martin, visit www.louisandzeliemartin.org

Saint Thérèse of the Child Jesus is more popularly known as ‘The Little Flower’.

Marie Francoise-Thérèse was born in Alençon in France on 2 January 1873.

She was the youngest child of Louis and Zélie, and was just four years old when her mother died. Whilst still young, and despite opposition, she entered the Carmelite Monastery of Lisieux at the age of 15, taking the name Sister Thérèse of the Child Jesus, and later adding ‘and of the Holy Face’.

By word and example she taught the novices the virtues of humility. Following a difficult illness, she died on 30 September 1897 and was canonised in 1925, with successive popes referring to her as ‘the greatest saint of modern times’.

She became famous for her ‘Little Way’, which is found in her remaining letters and her biography. She was declared a Doctor of the Church by Pope John Paul II in 1997. She is co-patroness of the Missions and secondary patron of France.

Details of the dates and venue which the relics will visit can be seen here: http://www.carmelites.ie/Relics%20Itinerary%202018.pdf