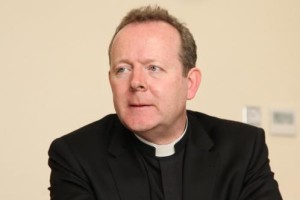 Archbishop Eamon Martin has appealed to the government and the Church to put together “a cohesive plan” for the welcome, integration and provision of sustainable resources to refugees.

In a special pastoral letter issued on Sunday, Archbishop Martin said the refugee crisis needs “a generous” political and Church partnership in order to meet the needs and human rights of those who will be resettled here.

Acknowledging that the resettlement of refugees is a complex issue, the Primate of All Ireland said governments in both parts of Ireland must do more to protect the human rights of refugees.

“We are being confronted with a human tragedy that requires a generous political and church partnership to help meet the needs of these vulnerable people,” he said.

Dr Martin also underlined that Ireland has not always handled refugees with the respect that they deserve and he suggested that lessons needed to be learnt from past mistakes.

“There is a pressing need for prompt strategic action that weds together a cohesive plan for welcome, integration and provision of sustainable resources for the refugees. I ask you to stress this to all political figures local, national and international,” he appealed in his pastoral letter to the faithful.

The Archbishop of Armagh, who attended the final Mass of the Synod on the Family in Rome on Sunday, said the Church has been playing its part in responding to the refugee crisis.

He said great work has been done by a host of individuals, groups and parishes such as Trócaire and the St Vincent de Paul society, parish pastoral councils, schools and other agencies as he thanked those organisations.

Looking ahead to the initial preparations for the arrival of the first cohort of refugees in Armagh diocese, he encouraged parish pastoral councils to continue to liaise with other agencies and to coordinate our resources and our response.

“We can garner the rich array of talents and gifts that are readily present in our communities and use them to meet the human, practical and spiritual needs of the brothers and sisters who will come to us.”

According to Archbishop Martin, some of the most moving contributions at the Synod on the Family were those on the plight of migrant and refugee families in many parts of the world.

“I found myself deeply moved on several occasions as we listened to accounts of families separated, grieving and oppressed because of war and persecution in their homelands.”

He said an African bishop had told the synod Fathers that massive numbers of refugees have poured into Ethiopia, Kenya, Uganda, Zambia and Malawi.

Some of the poorest countries in the world such as Malawi have been inundated with people fleeing war and destruction. Malawi has been dealing with over 400,000 refugees.

“So far, we have been asked to take only a small fraction of that number into Ireland as a whole,” Archbishop Martin noted.