Referendum in Colombia says ‘No’ to historic peace deal 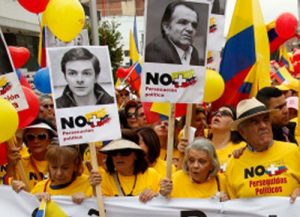 Just 38 per cent of the population voted in the referendum last weekend in Colombia aimed at endorsing a historic peace deal between the government and the Revolutionary Armed Forces of Colombia (Farc). The referendum, which was held on 2 October 2016, asked voters to endorse a 297-page agreement putting an end to the 52-year-old civil war, which had cost over 200,000 lives.

Less than a week earlier, President Juan Manuel Santos, representing the Colombian government, and Timoleon “Timochenko” Jimenez, the leader of Farc, signed the weighty document that was four years in the making. Polls indicated the ‘Yes’ side would win comfortably, but in the end the referendum was defeated by a small majority of just 54,000 votes out of the 13 million ballots cast.

Fr Reuben Padilla Rocha, from the Irish office of the Comboni Missionaries, who have projects in Colombia, said he was disappointed but not surprised by the referendum outcome.

“Many people are angered because they have not been taken into consideration,” he told CatholicIreland. “They have been treated as if nothing happened, and ‘Let’s go ahead’. People are still traumatised.”

The peace plan included the economic and social development of rural areas and provision of land to poor farmers, a complete ceasefire, and ultimately the disarmament of Farc over the six months following ratification of the accord. But other terms promised the creation of special courts to try crimes committed during the war, lenient sentences for those who confessed, and a guarantee that Farc would have ten seats in the Colombian parliament in the 2018 and 2022 elections. Moreover, demobilised rebels would be offered a monthly stipend and financial help towards starting a business. Those opposing the deal, led by former Colombian President Alvaro Uribe, thought the peace agreement was letting the rebels “get away with murder”, and they are asking for ‘corrections’ including: 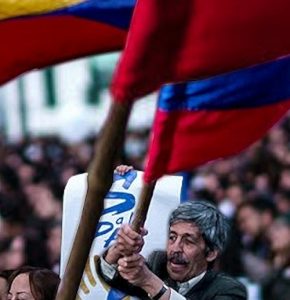 Since Sunday’s vote, thousands of people have taken to the streets in rallies across fourteen cities, demanding the deal be saved. Twenty-six public and private universities took part in the marches, organised by students on social media.

Meanwhile, government negotiators have already returned to Havana for further talks with Farc leaders, and both President Santos and Farc leader Timochenko have said that the bilateral ceasefire will continue. Farc is reported to have said that “peace is here to stay.”

In Dublin, Fr Reuben is hopeful too that the process will continue. “They will compromise to make peace. I don’t think there will be a return to hostilities. I believe this because there has been a big effort on both sides so they will hold on to the peace process.”