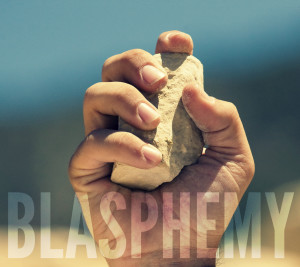 At a Cabinet meeting earlier this week, the government agreed that a referendum would be held in the autumn to remove the offence of blasphemy from the Irish Constitution.

The proposal was brought by Minister for Justice, Charlie Flanagan. “By removing this provision from our Constitution, we can send a strong message to the world that laws against blasphemy do not reflect Irish values and that we do not believe such laws should exist,” Mr Flanagan said.

Article 40.6.1, which protects the right to free speech and assembly “subject to public order and morality”, includes the phrase: “The publication or utterance of blasphemous, seditious or indecent matter is an offence which shall be punishable in accordance with law.” Under the Defamation Act 2009, blasphemy is a crime punishable by a €25,000 fine.

Commenting on the move at the conclusion of their summer meeting, the Catholic Bishops’ Conference reaffirmed their position that the current reference to blasphemy in the Constitution, under article 40.6.1.i, is “largely obsolete and may give rise to concern because of the way such measures have been used to justify violence and oppression against minorities in other parts of the world”.

Reiterating that the “promotion of freedom of religion and freedom of conscience for all in society” enriched the social fabric of a country, they said the right of faith communities to “contribute to public life, including public debate on issues that are of importance to everyone, without being subjected to attack or ridicule”, needed to be “acknowledged and respected”.

They said “It is vital to ensure that the rights of individuals and communities to practise and live out their faith openly are protected by law.”

Agreeing with the bishops, David Quinn from the Iona Institute said he would not “fight the removal of it from the Constitution”.

“I think to uphold the blasphemy law you need to be in a religious culture that can make sense of it, he told CatholicIreland. “I think the bishops are right to say it is obsolete because we’re so much more secular now.”

On the other hand, the commentator continued, modern forms of blasphemy were thriving, and he referred to “anything that is thought to offend a perceived minority group” like Muslims, for example. “So if you say anything that is judged to be out of line about any of these minority groups, you are going to be in very serious trouble.” 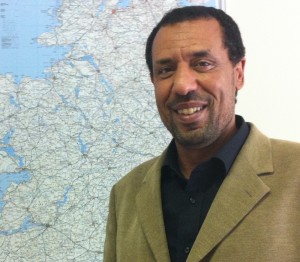 Dr Ali Selim from the Islamic Cultural Centre in Dublin said the Blasphemy clause in the Irish Constitution should be retained and “made effective”.

“The function of the blasphemy legislation is to organise our relationship when it comes to sensitive matters. Religion for me is something very important but for somebody who is not a believer, religion is nothing. That’s fine. You can believe the way you want to believe because the law of this country gives you this right. But because it is important for me and not important for you then when it comes to the way religious affairs are addressed, then we need regulations that you and I should abide by.

“Let’s say somebody does not believe in Catholicism and he presents his non belief in Catholicism – that is acceptable because that is the way he believes,” he said. “But if he is presenting it [Catholicism] in a mockery, that should not be accepted because it is something important for others. It all comes under the concept of reciprocal respect.”