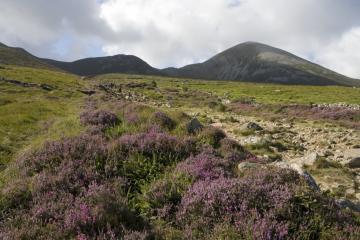 Ireland’s much loved pilgrimage to the Reek, or Croagh Patrick, has been cancelled due to COVID-19.

Archbishop Michael Neary will offer the vigil Mass in Westport for the intentions of all who planned to make the pilgrimage. Prayer intentions can be submitted ahead of time by email or post. The Mass, on the eve of the day the pilgrimage would have been held, will be live streamed on the parish website.

“While this decision will be widely understood, it will, of course, be disappointing for the pilgrims and for those who have already done a considerable amount of preparatory work for the pilgrimage,” said Archbishop Neary in a statement.

He added that the Archdiocese of Tuam and the Parish of Westport took this decision to support the public authorities, and everyone’s efforts to suppress COVID-19.

“God willing, (we) look forward to being in a position to resume the annual pilgrimage on Reek Sunday in July 2021” he said.

The Reek Sunday Organising Forum stated that it would have been impossible to oversee the pilgrimage due to take place on 26 July 2020, and they urged all pilgrims to respect the decision and stay at home.

Fr Charlie McDonnell, PP, Westport, and member of the Forum said it was a shame that it had to be cancelled and it was a very difficult decision to make.

In a statement the Reek Sunday Organising Forum stated its members consulted with all of those involved in looking after the event annually including Garda Síochána and Mayo County Council, and it became clear that it would not be logistically possible. For example, many of the volunteer stewards who know the route and the conditions underfoot on the mountain are cocooning.

Also there were concerns that if people, including volunteer emergency services, were required to assist someone who had an accident or a fall, this would pose a public health risk.

A consultant in public health medicine told the organisers that Reek Sunday “fell outside the criteria laid out in the roadmap for reopening the country.” So they decided to “abide by” this advice. 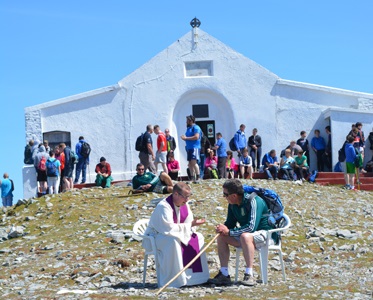 Archbishop of Tuam, Michael Neary, stated that the National Pilgrimage to Croagh Patrick on Reek Sunday is an important annual occasion for many people, and has a long and distinguished history. Climbing Ireland’s holy mountain provides an opportunity for pilgrims to pray both in petition and in thanksgiving, to participate at Mass and to celebrate the Sacrament of Penance at the summit.

“Climbing Croagh Patrick also allows us to come to a deeper appreciation of what Pope Francis spoke about in his acclaimed encyclical letter of 2015 Laudato Si’: On Care for Our Common Home: ‘…. human life is grounded in three fundamental and closely intertwined relationships: with God, with our neighbour and with the earth itself’.”

The Archbishop added that the Holy Father has also stated that the entire material universe speaks of God’s love, his boundless affection for us. ‘Soil, water, mountains: everything is, as it were, a caress of God,’ stated Pope Francis. ‘..going back to these places is a chance to recover something of [our] true selves.’

Croagh Patrick, also known as the Reek, is a 764 metres (2,507 ft), is mountain in Co Mayo, 8 km from Westport. It is climbed by thousands of pilgrims on Reek Sunday every year, which is the last Sunday in July, in honour of Saint Patrick who, according to tradition, fasted and prayed on the summit for forty days in the year 441.

A small chapel was built on the summit and dedicated on 20 July 1905. During the pilgrimage on 31 July 2005, a plaque commemorating its centenary was unveiled.

–  The vigil Mass on Saturday 25 July at 6:30 pm will be live-streamed on St Mary’s Church Westport Parish Facebook page on www.westportparish.ie
– Prayer intentions can be emailed to [email protected] or sent by post to Westport Parish, Co Mayo