Home > News > Rector linked to Obama discovery on the move

Rector linked to Obama discovery on the move

The Church of Ireland rector who discovered US president Barack Obama’s ancestral links to Ireland has said he will miss the ecumenical spirit in the parish he is set to leave after nearly a generation living there.

Canon Stephen Neill (45) who has ministered in Cloughjordan and Moneygall group of parishes for the past 17 years is moving to Cellbridge in Co Kildare to become Rector of Newcastlelyons Parish.

He explained that as part of the move he will relinquish his Church of Ireland ‘Canon’ status.

The Dubliner, whose father John was once the Church of Ireland Archbishop of Dublin, added “I feel at 45, I need a new challenge, I’m too comfortable and I have a bit of an itch that needs to be scratched.”

Cloughjordan is often known locally as ‘Little Belfast’ because of its mix of Catholic, Anglican and Methodist churches but according to Canon Neill it has a fantastic ecumenical spirit. 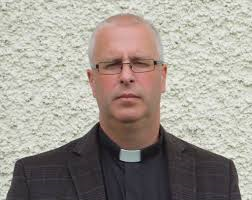 He said, “There is a wonderful sense of ecumenical and cross community co-operation. I am struck by how natural the relationship is between members of the different religions.”

“There was a sense of not just being rector of the Church of Ireland community, but part of the much wider community that made us very welcome.”

“If anything the unity and level of understanding between members of the different creeds has increased in my time in Cloughjordan.”

One of the positives he sees is a greater level of inter-marriage between Catholics and Protestants.

“It has brought an understanding of other traditions, and people tend to emphasise more now the things we share rather than what divides us.”

Moreover, he recalled that when his son was seriously ill in 2012, “I received huge assistance from the Catholic community and particularly parish priest Fr Tony Whelan”.

The discovery of Obama’s links to Moneygall have gone down in folklore.

Acting on a query from a genealogist in the US, who was researching Obama’s roots, Neill made a profound discovery in the old baptismal register at Templeharry Church, three miles from Moneygall.

According to Rev Neill, it’s a discovery he will never forget.

“It was a real thrill and I could not believe it and had to keep a lid on it for a month, which was the most difficult month of my life.”

“Once the news was announced all hell broke loose and I think I did 30 media interviews with outlets from all corners of the World.”

The discovery was a precursor to Obama’s visit to Moneygall in 2011 and the setting up of an Obama Plaza off the M7 Limerick to Dublin Motorway.