Home > Featured > Real issue is not religion, it is resources 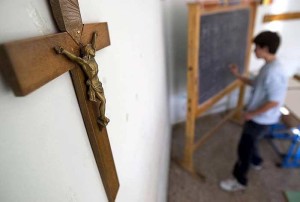 The General Secretary of the Catholic Primary Schools Management Association (CPSMA) Seamus Mulconry told RTÉ yesterday that 95 per cent of Catholic schools have never used religion to exclude anyone, and that “Where we have the space, we take everybody.”

Interviewed on RTÉ’s ‘Today’ with Cormac Ó hEadhra, Mr Mulconry explained that the problem with over-subscription arose in 5 per cent of Catholic schools.

He named areas like Swords, Greystones, Skerries and other “specific pockets around the periphery of Dublin which were rapidly growing where there was a problem with spaces”.

He said: “We’ve had principals writing in looking for extra classrooms and spaces being told ‘no’ by the Department [of Education] and they are having to tell parents ‘We don’t have places for your children.’”

Some schools closed down their libraries or IT rooms to turn them into classrooms to create extra spaces, and “most principals go out of their way to get a child into their school.”

Mr Mulconry was speaking after the Minister for Education brought forward a proposal to stop the country’s 2,800 Catholic schools from selecting pupils on the grounds of religion.

On Wednesday Richard Bruton told an Oireachtas committee that he plans to remove religion in admission to Catholic schools but that minority faiths – such as the Church of Ireland – may continue to protect their ethos in cases where the schools are over-subscribed.

Mr Bruton said he believed the current system was unfair and putting some parents “under pressure to baptise their children in order to gain admission to their local school.”

Countering this, Mr Mulconry said that in cases of over-subscription, the first people to get into a school were siblings, and it didn’t matter about their religion. He also noted the anomaly that DEIS (Delivering Equality of Opportunity in Schools) Catholic schools, serving poor areas, were not over-subscribed. “That would indicate that parents are skipping past these schools to apply to other schools.” He asked if this was a problem with these schools or a perception issue which needs to be addressed. 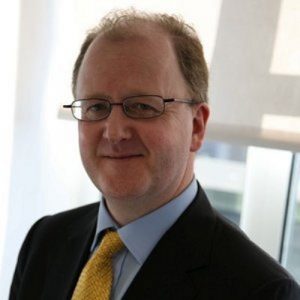 At present, over-subscribed schools are legally entitled to prioritise children of their own religion ahead of other children who live closer to the school.

Mr Bruton pointed out that last year’s census shows 20 per cent of children are of no religion, but that 90 per cent of schools are Catholic. Mr Mulconry said that 78 per cent of Irish people called themselves Catholic in the recent census, “and this after years of scandals and unremitting hostility”.

He said: “We have no wish to interfere with anyone’s rights but we just wish to ensure that any parents who want a Catholic education for their child are able to receive it.”

The General Secretary of the CPSMA told RTÉ that Catholic schools were “incredibly diverse. In one school there are 59 different nationalities and religions.”

He was angry that the Minister was implying that where schools were not over-subscribed, Catholic schools would not take all comers. “I would like him to point out one indication of where that has ever happened because we find it insulting. Where we have space we take them.”

Mr Mulconry said the debate on the so called ‘Baptism barrier’ was sucking all the air out of real issues, like the lack of resources in Irish education. “The Minister needs to man-up, go down to the Department of Finance and get extra resources that are needed for extra places for the resumption of a proper capitation grant and to tackle real problems in primary education which to be honest have zippity to do with religion.”