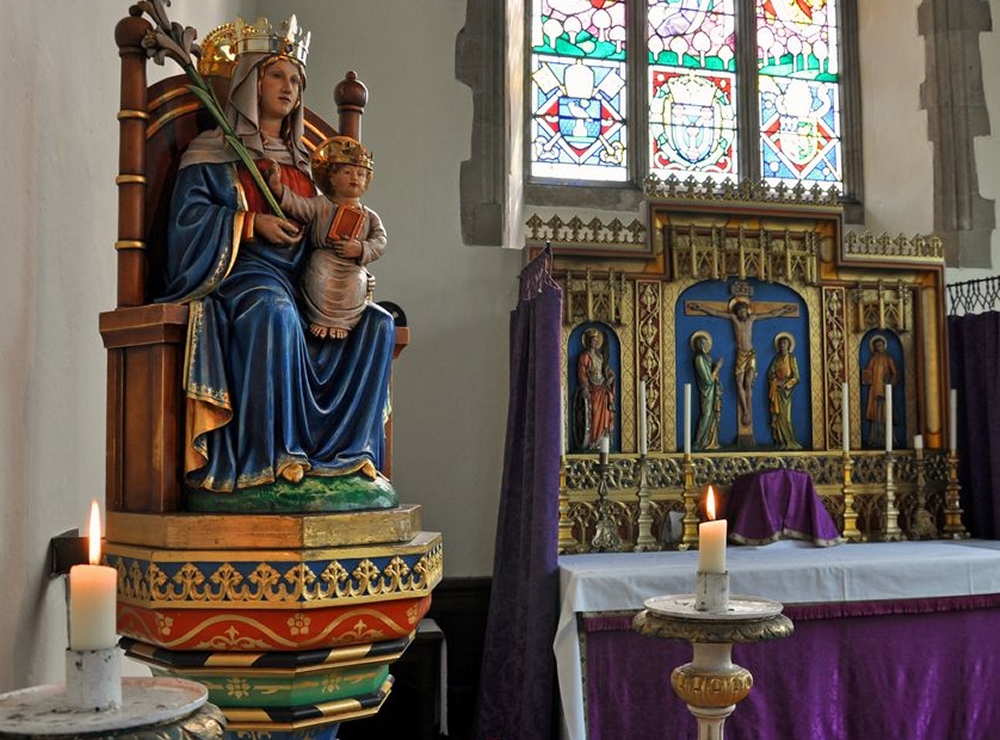 Slipper Chapel, Walsingham A planned redevelopment of the National Marian shrine in Walsingham, England has been shelved partly because of uncertainty caused by COVID-19.

The Trustees of the Catholic National Shrine have withdrawn the planning application to North Norfolk Council and are to review the entire project which was to see the modernisation of the much loved-place of pilgrimage for up to 250,000 people every year.

There had been concerns about the proposed project which included work around the Grade I Listed Slipper Chapel which was built in the mid-14th century, but the uncertainty about future visitor numbers due to COVID-19 added to those worries.

“The Trustees have listened to the many contributions to the recent application for planning consent and have decided to review the objectives of the project and potential options in the light of recent concerns,” said Rt Rev Alan Hopes, Bishop of East Anglia, and Chairman of Walsingham Trust.

“We are very positive about the future of the Catholic National Shrine at Walsingham,” added Bishop Hopes.

The Diocese of East Anglia Historic Churches Committee had questioned the impact of the new development on the setting of the historic chapel and wanted a rethink. Historic England also expressed reservations as part of the current planning process.

“The Trust seeks to both preserve the Shrine’s unique character and serve the needs of pilgrims whilst ensuring that it continues to make a positive contribution to the local community,” said Bishop Hopes. “There is no doubt that many of the current facilities do need to be improved and developed, but we must ensure that the solution to the practical problems of the Shrine do not harm its unique and special nature.”

The plans prepared by architect Anthony Delarue would have doubled the indoor space and replaced the current Chapel of Our Lady of Reconciliation which was built in 1980 in the style of local barns to replace an open-air altar. In its place would be the Lamps Chapel and which is described as neo-Gothic. There would have been a shop, pilgrim office, cloister, pilgrim hall, and tea rooms. An extension and reconfiguration of existing car park is also planned and associated landscaping across the whole site. 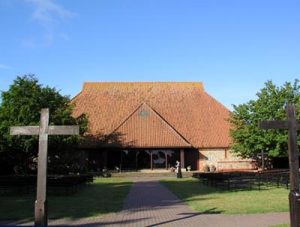 Chapel of Reconciliation in Walsingham

The Bishop paid tribute to the current Rector of the Shrine, Mgr John Armitage who is to leave his job at the end of August, and said that he had helped achieve “tremendous things” over the past five years. One of those was the designation of Walsingham by Pope Francis as a Minor Basilica (see CINews, 3 January, 2016). This rare designation is given by the Holy Father to places of worship which are of particular historical significance and here it was granted to the Slipper Chapel, the Chapel of Reconciliation and the Domain.

Another highlight was the recent Rededication of England as the Dowry of Mary (see Cinews 29 March, 2020). This took place earlier this year just as COVID-19 struck. It had been scheduled since 2017, but the ceremony was given increased urgency because of the COVID-19 crisis and was streamed online from Walsingham.

The bishop said that accommodation facilities for pilgrims had been developed in nearby Walsingham itself and there had been a huge growth of interest in the Shrine online through live streaming during the tenure of Mgr Armitage.

The next Rector of the National Shrine of Our Lady of Walsingham, Norfolk, is to be Mgr Canon Philip Moger. The Marian Shrine at Walsingham is unique, as it is both a Catholic and Anglican shrine and there is also a presence of Russian Orthodox and Methodist churches in the area. Msg Moger is no stranger to ecumenism, having been made the first Roman Catholic honorary canon of the Anglican Ripon Cathedral in 2008.