Fear runs down the spine of many of our people today, say the Catholic Bishops of Zimbabwe in a pastoral letter 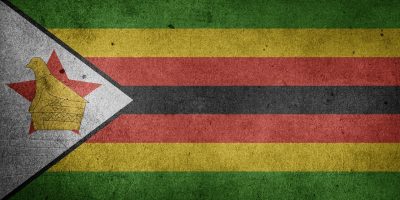 Written on the walls: an image of the Zimbabwean flag (Pic: Etereuti, Via pixabay.com and needpics.com)

highlighting growing corruption, inequality and oppression in a country that is fast approaching a famine situation.

The pastoral letter, The March is Not Ended, was  published a fortnight ago and was promoted in these islands this  Friday when Bishop Declan of Lang of Clifden offered prayers for Archbishop Robert Ndlovu of Harare and his brother bishops.

“Christians across the globe have been inspired by the courage the Zimbabwean Church has shown in defending fundamental human dignity and rights,” said Bishop Lang, who is the English and Welsh bishop’s lead bishop for international relations. He praised the Zimbabwean bishops’ pastoral letter, as ‘a powerful witness to the suffering that Zimbabwe is enduring’.

The Zimbabwean bishops compare the times they are living in with the times endured by the Prophet Micah, a man who was ‘miserable over the state of his nation’, where ‘nobody can be trusted and people wait in ambush to do violence to one another’.

The Zimbabwean bishops say that the struggle in their country is between ‘those who think they have arrived’ and those ‘on the march’. They add: “Peace building and nation-building are never completed tasks.

“Since national liberation in 1980, Zimbabwe has been ruled by only one political party, ZANU-PF. The struggle between this party’s leadership and a growing popular call for change is intensifying, the bishops explain, because of  ‘a multi-layered crisis’ involving economic collapse, deepening poverty, food insecurity, corruption, human rights abuses and ‘other crises in urgent need of resolution’.

Once known as ‘the bread basket of Africa’, Zimbabwe’s food production has decreased substantially following a government-backed policy of seizing farms owned by the descendants of white settlers. COVID-19 has made the food supply more precarious as the worldwide lockdown has led to massive unemployment causing migrants to return from the country’s cities to their old rural villages where there is already little to eat.

At present, Zimbabwe’s economy suffers from an inflation rate of 700%, food prices are soaring and the United Nations World Food Programme (WFP) estimates nearly two-thirds of the population will need food aid by the end of this year.

They compare life in Zimbabwe today with life during the time of Micah, a prophet who ‘is miserable over the state of his nation’, where ‘nobody can be trusted, and people wait in ambush to one another’.

“The call for demonstrations is the expression of growing frustration and aggravation caused by the conditions that the majority of Zimbabweans find themselves in,” say the bishops. “Suppression of people’s anger can only serve to deepen the crisis and take the nation into deeper crisis.”

“Fear runs down the spine of many of our people today,” said the bishops. “The crackdown on dissent is unprecedented. Is this the Zimbabwe we want? To have a different opinion does not mean to be an enemy. It is precisely from the contrast of opinions that the light comes. Our Government automatically labels anyone thinking differently as an enemy of the country: that is an abuse.”