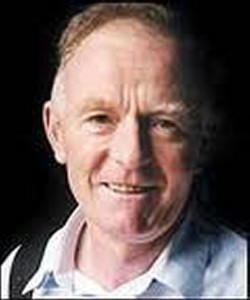 Nearly 12 years have passed since the murder of Fr Rufus Halley from the Missionary Society of St Columban.

A Co Waterford native from Butlerstown, Fr Rufus worked to build peace between the divided Muslim and Christian communities in the Philippines by engaging them in a revolutionary inter faith dialogue effort.

On 16 November 2013, a radio documentary will recall the slain priest.

Remembering Rufus is part of the Different Voices Series and will be broadcast on Newstalk 106 on Saturday 16 November 2013 at 7AM and repeated on Sunday 17 November at 6PM.

He was killed while riding his motorbike between his parish and a neighbouring parish in the province of Lanao del Sur on the island of Mindanao in 2001. He was ambushed and during a botched kidnapping attempt, Fr Rufus was shot and mortally wounded by four masked men as he tried to escape.

His death resonated through the disputing communities in Mindanao in the Philippines. In grief and shock, Muslim and Christian communities came together to protest over his tragic death.

“A true peacemaker, Fr Rufus learnt two new languages to communicate and create a dialogue with Muslim and Christian communities,” according to Tara Finglas from Misean Cara, an agency supporting the development work of missionaries around the world.

“He promoted peace and reconciliation by using a non-partisan approach to address tensions with both communities encouraging them to work together to create solutions. By creating a safe and conciliatory environment, Fr Rufus facilitated positive dialogue to bypass the misunderstandings and violent conflicts that plagued the past,” she added.

Documentary maker Brian Kenny travelled to the Philippines in Easter week this year, to trace the story of the slain missionary.

Beginning his journey at the Columban house in Manila, Brian then travelled deep into Mindanao meeting with Fr Paul Glynn, who currently carries on the Columban work of interfaith dialogue. On his way he met old friends of Rufus from both the Muslim and Christian communities.

The story ends with Brian visiting the area where Fr Rufus was killed. Accompanied by Fr Paul, who previously had to flee the area due to security concerns, they retrace the last steps of Fr Rufus and pay tribute to his good work that lives on today.

The Missionary Society of St Columban, originally known as the Maynooth Mission to China, was founded in Ireland in 1916.

Fr Halley was the 24th missionary to be killed on the missions. Others, regarded as martyrs by the order, died or were murdered in Jamaica, Japan, Peru, Burma, North Korea, France and China.

Fr Rufus Halley was 57 years old when he died, and had been in the Philippines with his Order since 1969.