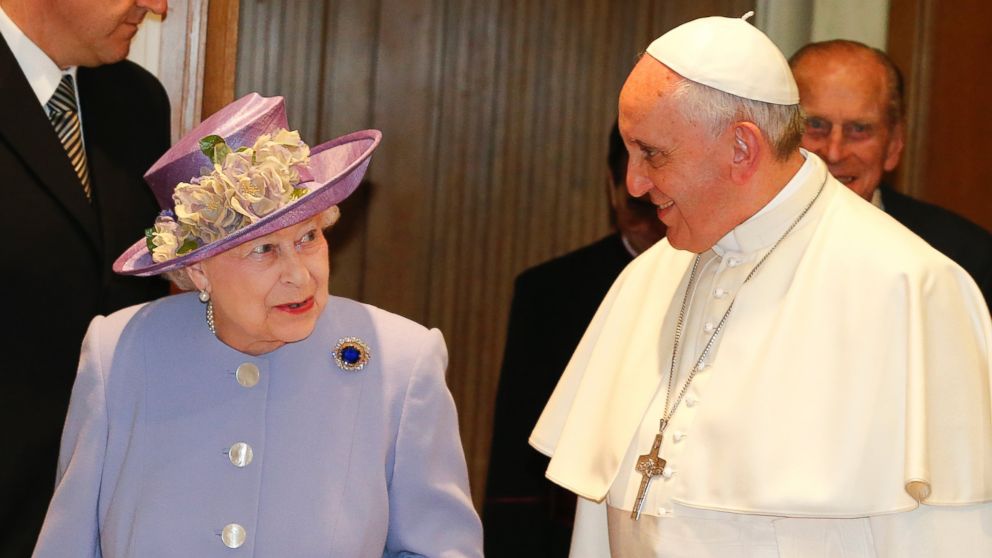 “It is for the little boy,” Pope Francis explained as he pointed to the lapis lazuli orb – a traditional emblem of power for Christian monarchs. The orb is surmounted by a silver cross of St Edward.

Royalty has traditionally used orbs to signify their dominion, while the cross on top of it symbolises their Christian faith.

As Prince George will one day become King and leader of the Anglican Church, the Pope’s gift was a recognition of his future roles.

Inscribed on the silver base in English are the words: “Pope Francis to His Royal Highness Prince George of Cambridge”.

“That’s very nice, he will be thrilled,” the Queen responded and added, “When he’s a little older!”

Britain’s Ambassador to the Holy See, Nigel Baker said afterwards, “It also shows his [the Pope’s] deep appreciation that the Queen, throughout her life, has been an exemplar of such values.”

The first meeting between the British monarch, Queen Elizabeth II and Pope Francis, was described as cordial and official if informal, as it was not an official state visit.

Speaking to Vatican Radio, Ambassador Baker explained that the Queen was due to come to Rome in 2013 at the private invitation of the Italian head of state, President Giorgio Napolitano, but had been unable to come because of ill health.

“She doesn’t like leaving obligations unfulfilled so she was determined to reinstate that visit,” he added.

“It is normal when the Queen comes to Rome that she would visit the Pope, so we’re delighted that the Queen and Pope Francis will have that chance to get together.”

The 87-year-old monarch, who is also head of the Church of England, arrived with the Duke of Edinburgh to the Paul VI Hall in the Vatican after lunch with the Italian President.

“Sorry to keep you waiting. We were having a very pleasant lunch with the president,” the Queen told Pope Francis as she arrived more than 20 minutes late. 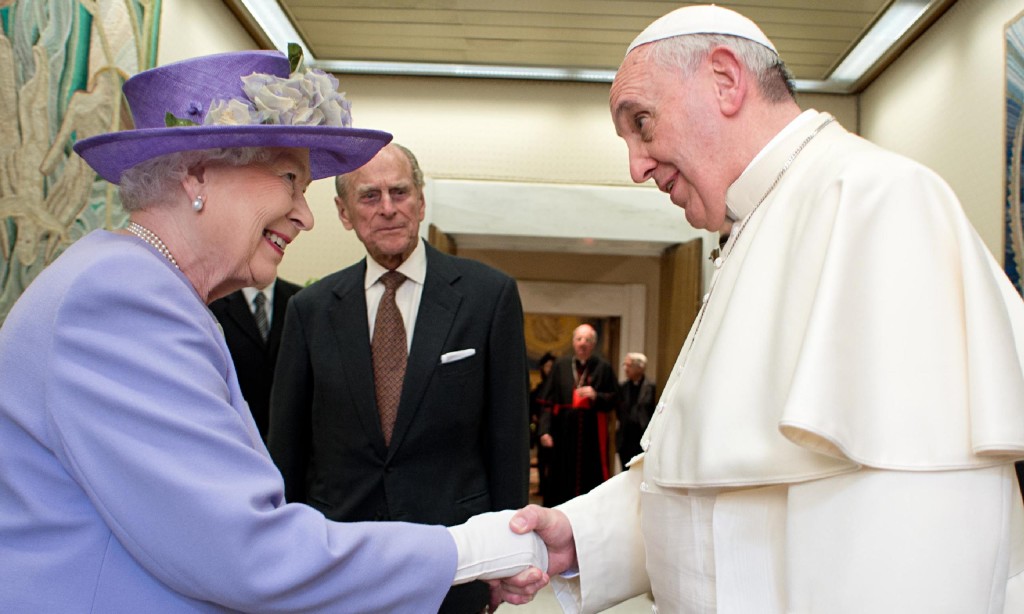 After a brief introduction, the Queen, Prince Philip and the Pontiff had a private meeting which lasted 17 minutes.

Neither the Vatican nor Buckingham Palace would reveal details of what was discussed.

Afterwards, gifts were exchanged. The Pope gave the Queen a copy of a parchment decree from 1679, in which the Holy See declared that King Edward the Confessor, the 11th century monarch, should be made a saint of “the Universal Church” rather than be regarded as solely an English saint.

The decree was issued by Pope Innocent XI.

“It’s an ecumenical message – we have the same traditions, many of the same saints,” Fr Federico Lombardi, said. “King Edward is a saint for the Catholic Church as well as for the Anglicans.”

Through a translator Pope Francis explained in Spanish that King Edward, who is buried in Westminster Abbey, had been made a saint in 1161, nearly a century after his death.

Pope Francis gave the 92-year-old Duke of Edinburgh a set of papal medallions in gold, silver and bronze. “It’s the only gold medal I’ve ever won!” the Duke joked.

When the Queen gave the Pope a set of framed, signed photographs of herself and her husband, she quipped, “I’m afraid you have to have a photograph, it’s inevitable.”

In return, the Queen and the Duke of Edinburgh gave Pope Francis a hamper of food and drink produced on the royal estates of Windsor, Sandringham and Balmoral, along with honey produced in the gardens of Buckingham Palace.

After their departure from the Vatican, the Queen and Prince Philip flew from Rome’s Ciampino airport back to Britain after a visit lasting just five hours.