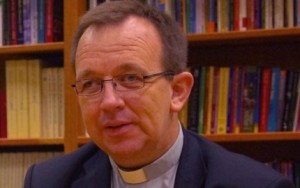 The public debate and perception of Catholic primary schools is simply not reflective of the reality, the general secretary of the Catholic Primary Schools Management Association challenged in a major address on Friday.

Speaking in Dublin, Fr Tom Deenihan said in many ways, the debate on Catholic primary schools has focused more on ideology than on reality.

Addressing more than 200 Catholic primary school management representatives drawn from around the country, he told them that the past five years have witnessed a growing scrutiny and a more critical and negative analysis of the purpose and role of Catholic education in Ireland.

“Public and, indeed, political debate has focused on such issues as divesting, baptism certificates, Rule 68, inclusion and, even, Church Control and, more recently, indoctrination,” he said.

The result of this “unbalanced debate” is that any neutral observer could only come to the conclusion that Catholic schools are a malign influence on Irish society, he warned.

According to the Fr Deenihan, the phenomenon is not uniquely Irish. In the United Kingdom, a similar situation is developing regarding faith schools. “Many secularists and humanists are increasingly speaking out against faith schools,” he said.

Referring to an address by the chief inspector of schools in Britain, Sir Michael Wilshaw, to the Catholic Association of Teachers, Schools and Colleges, the educationalist said, “We are also living through an era marked by seemingly ever greater intolerance of other people’s beliefs, views and ways of living.”

The chief inspector of schools, added, “Therefore, it has never been more important for Christians to stand up for their faith and for the gospel values of love, compassion and tolerance”.

Fr Deenihan said the situation that Sir Michael Wilshaw describes is quite familiar to those involved in the management of Catholic primary schools in Ireland.

“As the general secretary of the country’s largest school management body, I find myself thinking of the almost 5,800 parents who serve on our boards of management, that same number who, from various parishes, represent the local bishop as patron, that other 5,800 community representatives who serve on their local boards, the 2,900 principals and the 2,900 teachers who serve on their boards on a voluntary basis and I wonder what that 23,200 make of it all?”

In his wide-ranging address, the Catholic Primary Schools Management Association (CPSMA) spokesman said “much has been made of the ‘control’ – and I use this term advisably – of the Catholic Church over the primary education system in this country.”

“That factor is conveniently but consistently ignored and overlooked particularly in the context of  ‘Church control’ of education!”

Fr Deenihan also challenged the narrative created in recent years that implies you must be baptised to gain entry to a Catholic primary school.

“That is simply false. Nearly every primary school in the country has students enrolled who are not Roman Catholic and who do not receive the Sacraments.”

He also underlined that there are between eleven and seventeen schools in Dublin which are over-subscribed.

“This means that more people wish to enrol their children than there are places available. That, in itself, is indicative of something. There is, though, an opportunity here for such schools to cater for the children in their area before catering for those outside the catchment area, regardless of religious affiliation.”

“That is a conversation that will have to take place in the near future and it may be an area where some gesture could be made.”

Elsewhere, the Cork and Ross priest highlighted Catholic schools’ record on inclusion which he stressed cannot be reduced to the single issue of religion.

“Inclusion must also take nationality, ethnicity, socio-economic background and ability into consideration. When these five criteria are taken into consideration, I would challenge anyone to tell me that Catholic Primary Schools are not as inclusive as any other type of school.”

Referring to the ESRI publication on School Sector Variation Among Primary Schools in Ireland (available on the ESRI website) he said it bears adequate and independent testimony to this.

He concluded by urging the boards of management, with others, challenge the “popular view that our Catholic schools are grim places of indoctrination which parents are being forced to send their  children to against their will!”

He added, “We must educate our politicians as to the contribution that our Catholic schools are making to their constituencies and, above all, we must make it clear that broad, sweeping statements about Catholic schools have local implications.”

Invite politicians to your schools, he urge and appealed to them toinsist that politicians see the work that is being done and tell them that “if they do not value the enterprise, don’t bother calling when the thirty-second Dáil is dissolved”.