Home > News > Concern over impact of inclusiveness consultation on schools

Concern over impact of inclusiveness consultation on schools 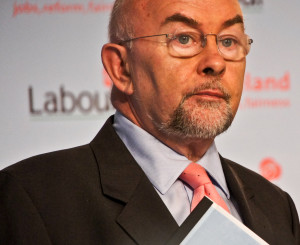 A new consultation process on ‘promoting inclusiveness’ in primary schools launched by the Department of Education has been criticised by the Iona Institute.

In a statement, the pro denominational education think tank claims that the information leaflet inviting parents to give their views on how Church-run schools can be made more ‘inclusive’ is extremely leading.

It warns that the leaflet “effectively invites them to support measures that would have the effect of greatly undermining the ethos of ‘stand-alone’ Church-run schools.”

Other criticisms suggest that the move will water down the ethos of denominational schools.

The Minister for Education and Skills, Ruairí Quinn, and the CEO of the National Parents’ Council Primary, Áine Lynch, have given their support to the consultation and the information leaflet for parents

That document states that the Minister would like parents to tell him how they think he can make sure that “the rights and beliefs of children and families from various cultural and religious backgrounds are respected” in primary schools.

The leaflet states that most primary schools in Ireland (96%) are owned by religious patrons. Some 90% of these schools are owned by and are under the patronage of the Catholic Church.

The proposed areas for discussion are: having equitable enrolment policies; dealing effectively with the constitutional right to opt out of religious instruction; having school policies on the conduct of religious and cultural celebrations in schools as well as having Boards of Management of denominational schools reflect the diversity of the local community.

Launching the consultation process, Minister Quinn said, “Schools should be welcoming places for all children from the local community. We all know that Irish society has changed a lot in recent years. Our education system needs to adapt, to make sure that, as well as continuing to cater for children with more traditional religious beliefs, there is also respect for children of different traditions and beliefs.”

Aine Lynch urged parents to engage in the consultation process, stating that the education system in Ireland must ensure that all children’s and families beliefs are respected and valued.

“Parents and children have a unique contribution to make to this consultation process by outlining their experiences both positive and negative and to make proposals for the education system they would like to experience into the future”, she said.

The public consultation process is part of the Minister’s Action Plan in response to the Report of the Advisory Group to the Forum on Patronage and Pluralism in the Primary Sector.

The Iona Institute states that the report recommended the abolition of Rule 68 for National Schools, which recognises religious instruction as a fundamental part of the school day and permits a religious spirit to “inform and vivify the whole work of the school.”

It also proposed that religion should be taught as a discrete subject apart from the rest of the curriculum, that hymns and prayers in Catholic schools should be ‘inclusive’ of the religious beliefs of all children and that Catholic schools would display the emblems of other religions and celebrate their feasts.

The Minister has urged parents and other interested parties to make submissions in this latest consultation.

“This is your chance to have your say and share your views with us”, he said. “I strongly encourage parents, teachers and all those with an interest in this area to take this opportunity.”

He added, “Many schools are already doing a good job in catering for children from different cultural, religious and belief traditions. I also want to hear about these good practices.”

According to the Iona Institute, the information leaflet lists some of the recommendations of the report of Forum on Patronage and Pluralism in Primary Schools but provides no other point of view.

One recommendation is that less time be given to sacramental preparation. According to the Iona Institute there is no evidence that this impacts on the education performance of schools as the experience of Catholic primary schools in Northern Ireland proves. Northern Ireland schools are among the best performing in the world.

Another is that displays of religious objects “ought not to be exclusive to any one faith or tradition but should have a balance, reflective of the beliefs of children attending the schools”.

Does this mean a Christian school could not display a Christian symbol, for example a crucifix, on its own, the Iona Institute asks.

Another recommendation is that prayers should be ‘inclusive’. Would the ‘Our Father’ or the ‘Hail Mary’ pass this test, the Iona Institute questions.

Commenting on the information leaflet, Dr John Murray of The Iona Institute said, “It is worrying that the leaflet gives so little attention to the rights and needs of Catholic and Church of Ireland pupils and parents; the whole focus is on non-Christian parents and children.”

He added, “One would get the impression that the main purpose of the Catholic and Christian schools that remain after some others are divested, and which are stand alone schools, is to be welcoming and directly supportive of all their pupils who are not Catholics or not Christians.”

“The ‘logic’ of the document seems to be that in such schools, just because they are the only schools in the area, the Catholic/Christian ethos must be severely watered down so as not to cause offence or exclusion to the non-Catholics and non-Christians who attend. And simply allowing them to sit out the religion class is not seen as enough in this regard. Catholic stand alone schools are to turned into a kind of Educate Together schools.”

Dr Murray warned, “These recommendations go further than anything found in most other Western countries where denominational schools receive public funds but are still allowed to maintain a strong identity and ethos.”