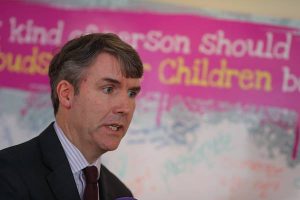 The Ombudsman for Children, Dr Niall Muldoon, is concerned about the failure of public bodies to consider the best interest of children.

“In 2017, we saw another increase in the number of new complaints, and this highlights a continued failure by public bodies to put the best interests of children at the centre of their decisions,” Dr Muldoon said at the launch of the 2017 Annual Report of the Ombudsman for Children’s Office (ICO).

Dr Muldoon was particularly disappointed by the lack of progress in relation to young people struggling with serious mental health issues who are trying to access the emergency supports they need.

“We have told the HSE we had serious concerns about how suicidal young people access emergency services, and the difficulties faced in certain parts of the country. All children who need an assessment of mental health in emergency departments should be able to access this quickly – not days after the event.”

Dr Muldoon met with two ministers for mental health during 2017 to discuss his concerns, including the staffing problems at Child and Adolescent Mental Health Services (CAMHS), where, because of insufficient out-of-hours contracts for consultant psychiatrists, children’s needs are not being met in a timely manner. 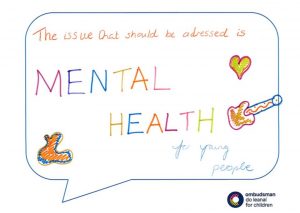 In 2017, in response to a complaint, the HSE provided details of the number of CAMHS consultants nationally who provide out-of-hours cover in ten HSE community health organisation areas. This varied from no cover at all in areas such as South Tipperary, Carlow, Kilkenny, Waterford and Wexford to full cover in Galway, Roscommon and Mayo, Clare, Limerick, North Tipperary and East Limerick.

Another area of concern for the OCO was Direct Provision. As of April 2017, children in the Direct Provision system were allowed to bring complaints to the OCO for the first time.

“The lack of access to this Office by families in Direct Provision over many years has adversely impacted on the rights of children and compounded State failures in this area,” Dr Muldoon said. “The absence of an independent inspectorate, variations in standards and financial constraints are all concerns.”

He urged the government to establish an independent inspectorate of Direct Provision to ensure there is transparency and regulation of standards and to speed up the process for assessing asylum applications.

Dr Muldoon welcomed family hubs as a short-term improvement for homeless families, but said that they cannot become the norm. He called for new thinking on homelessness from the government. He suggested that the State needs to move away from prioritising financial interests that view housing as a commodity and instead recognise it as “a social good, offering children and families a secure place to live in dignity.”

Dr Muldoon said that state bodies need to cooperate to secure the best possible outcome for children. As an example, he referred to a report by the OCO, finalised in 2017, on the case of a young girl “Molly” who has severe disabilities, and whose foster mother was caught in a constant battle between the HSE and Tusla over Molly’s funding needs.

“There is a need for all state bodies responsible for children’s welfare to show some joined-up thinking. For too long we have seen responsibility passed between agencies, with no clear lines of accountability,” he said.

He also wants increased cooperation between Tusla and An Garda Síochána in speeding up the co-location of child protection services, to achieve best outcomes and to offset the impact of investigations on children.