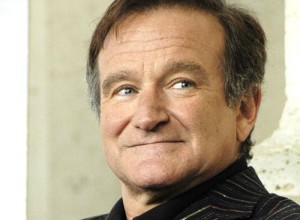 The death by suicide of much loved actor Robin Williams puts pay to the fantasy that many people have that if they are adored and valued and have lots of money they will be happy, according to eminent psychologist, Tony Bates.

The founder of Headstrong, a charitable organisation supporting young people’s mental health, said “many of us subconsciously subscribe to the idea and do everything to achieve that acceptance and love and affection from others”.

Robin Williams was extraordinarily loved and admired, and yet “it was not enough,” Dr Bates told Newstalk.

“There was still a suffering in him that wasn’t touched by that.”

The psychologist was commenting on the death by suicide of Hollywood actor, Robin Williams on Monday.

Central to good mental health is self acceptance, he said. “Mental health fundamentally comes down to this – to what extent am I able to look myself in the eye and just accept and work with what I have. I mightn’t like all of it, but I can work with it.”

“I can’t do that without some support, but ultimately we are all alone with our brokenness and our pain and we have to come to terms with that on our own.” 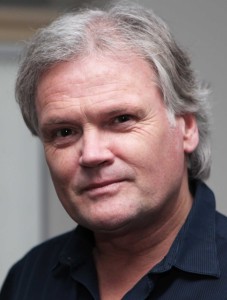 The psychologist emphasised, however, that that did not mean shutting out people and stressed that it was vital for everyone to have “at least one good person” to whom they could reveal themselves.

Young people need “a good adult” who will take on that role of nurturing, like a “caring tough therapist, though it could be a friend” and it didn’t have to be a therapist.

Ironically, the relationship Dr Bates often used with his clients as an example of the “good adult” was the rapport between Robin Williams and Matt Damon (alias Sean Maguire and Will Hunting) in Good Will Hunting (the movie which won Robin William’s only Oscar).

“He [Sean Maguire] was able to see Will and believe in him and see through all the nonsense. He called Will out of himself and while it is only a movie it has a huge amount of truth and non-fiction in it.”

Earlier this week, Dr Bates’ organisation Headstrong released its annual report which showed that one in ten young people who used their service last year reported thoughts of suicide.

“If we don’t intervene now, as a country, and make our young people’s mental health a national priority we are just storing up and escalating entrenched mental-health issues for the future,” he said.

Robin Williams died by suicide on Monday (11 August 2014) at his home at Marin County in California.

According to his wife, Susan Schneider, the sixty-three year old Hollywood actor was suffering from depression, anxiety and the early stages of Parkinson’s Disease, but was sober at the time of his death.