Festival Day of St Oliver Plunkett to be celebrated today 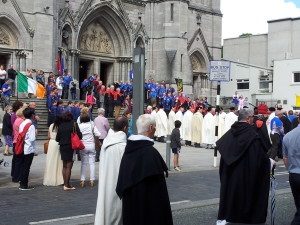 The Festival Day of St Oliver Plunkett will be celebrated in St Peter’s Church in Drogheda today.

The 2016 procession, culminating in the celebration of the Festival Mass, will commemorate the 96th  anniversary of the beatification of Saint Oliver Plunkett by Pope Benedict XV on 23 May 1920, as well as the 41st anniversary of his canonisation as a martyr by Blessed Pope Paul VI on 12 October 1975.

The homilist is Fr Sean Henry, the parish priest of Trim in the Diocese of Meath.

One of the features of the Festival Day on Sunday will be the colourful ‘Procession of the Relics’ of St Oliver Plunkett.

Starting at 3pm at the Holy Family Church, Ballsgrove, pilgrims will process to St Peter’s Church, which is the Memorial Church of St Oliver in Drogheda, where the Festival Mass will be celebrated at 4pm by Cardinal Seán Brady, Archbishop Emeritus of Armagh.

Pilgrims will have the opportunity to enter through the Holy Door of Mercy of St Peter’s, which is a designated Jubilee Church during this Holy Year of Mercy.

St Oliver, a former Archbishop of Armagh and Primate of All Ireland, was martyred in Tyburn, England, in 1681.

Along with Ss Patrick and Malachy, St Oliver is a patron saint of the Archdiocese of Armagh.

He was ordained a priest for the Diocese of Meath in 1669. 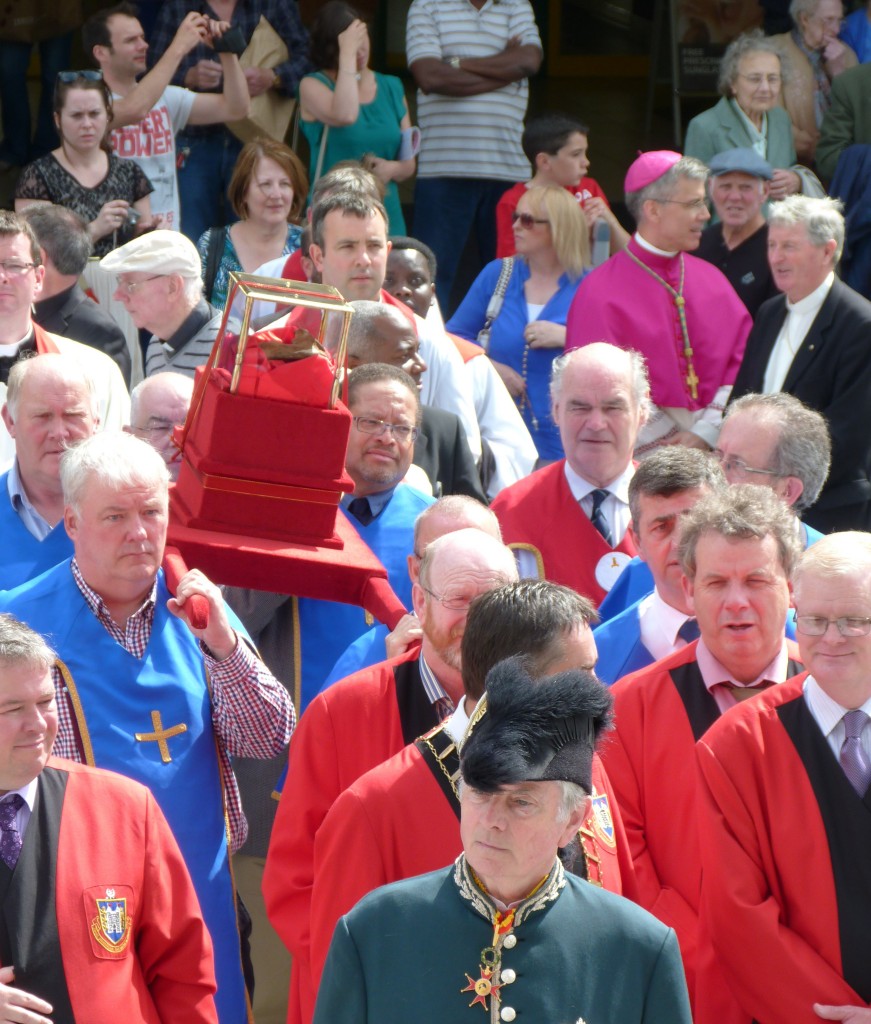 Each year celebrations of the life of St Oliver also take place at his birthplace in front of the old ruined Church at Loughcrew, Oldcastle, Co Meath.

Last Sunday, Bishop Michael Smith of Meath commissioned the young pilgrims of the diocese participating in World Youth Day, which is being held in Krakow in Poland from 26 – 30 July, at St Oliver Plunkett’s birthplace in Loughcrew, Co Meath.

Fr Mark English of Kingscourt Parish gave the homily at the Mass.

He told the assembled pilgrims, “Last October marked the 40th anniversary of the canonisation of our beloved Saint. That same week of the 12 October in 1975 … there was a group from Poland with their archbishop, Cardinal Wojtyla, who on managing to get visas out of the Communists to visit Rome, were made guest of the Irish and given tickets so as to attend the canonisation and encounter Blessed Pope Paul VI.”

“Next month, it is a group of young people, with Bishop Michael from our diocese, who will be guests in Poland, along with millions more young people from around the globe gathered to encounter Pope Francis.”

“We will be hosted in Krakow, the city, the home of Cardinal Wojtyla, now St Pope John Paul II, whom many of you can recall saying when amongst us in 1979, Young people of Ireland, I love you!”

Elsewhere in his homily, Fr English said, “So many young Irish, many contemporaries of our own pilgrims preparing for World Youth Day, know the anxiety of emigration: the leaving, the uncertainty.”

“Many of course have faced here in the Ireland of recent times an economic persecution, yet do they look to God? In new and unfamiliar countries the Irish pub, the GAA club, provide a kind of home from home, a familiar place to gather, but so too the Church can provide a sense of home from home.”

“As we must leave from here to continue our pilgrimage in life, these young people need our prayers and encouragement as they face not only the journey to join with Pope Francis in Krakow but the bigger journey of what paths to take in life and how to keep alive a burning passion for Christ, his people and his Church as Saint Oliver once did,” Fr English concluded.

“At the scaffold at Tyburn, St Oliver concluded his last public discourse with the following words which we might use ourselves before God, as we strive in this Jubilee Year of Mercy to be Merciful like the Father in all our endeavours along the great pilgrimage of life from birth to death.”