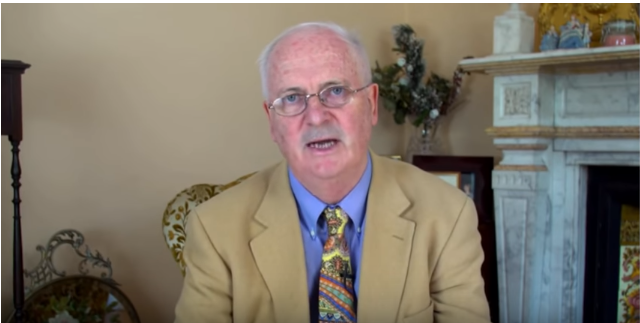 The pro-life movement has to try to influence the climate of opinion on abortion so that it is sympathetic to and helpful towards the right to life, former Taoiseach John Bruton has said.

In a wide-ranging interview published in the current edition of Intercom magazine, Mr Bruton talks about the fallout of the repeal of the Eighth Amendment, church–state relations, and conscience and the party whip.

Discussing the abortion referendum outcome with Fr Chris Hayden, Editor of Intercom, John Bruton said that what people did when they changed the Constitution was to reduce and narrow the scope of human rights because, without the right to life, no other human rights are possible.

“The people decided that a human has no rights until first they are born; pre-birth humans have no rights.”

He said that rather than rely in future on criminal law or the Constitution to protect the right to life, people would have to rely on persuasion.

“To persuade people, you have to first convince them that you’re on their side; nobody is ever convinced by somebody who is hostile to them, or whom they perceive as being hostile to them or to what they feel.”

The former leader of Fine Gael said the pro-life movement has to try to win the sympathy of those who might make decisions that could involve the ending of the life of an unborn baby, and to influence the climate of opinion, so that it is sympathetic to – and helpful towards – people who decide not to do that.

Elsewhere in the interview with Intercom magazine, John Bruton said pro-life supporters should be willing to speak up respectfully.

“I think humility is the first step towards persuasion.”

On the relationship between church and state, the politician said there “will never be a fixed relationship” between them.

He said the Church’s influence has been in retreat since the 1970s, with, first of all, the removal of the ban on the sale of contraceptives and all that followed after that.

“I think what we are seeing is a reaction in public opinion against the past. And it’s easy, of course, for people to proclaim themselves shocked by what went on in the past and to have a pleasant feeling of superiority, but the fact is that people today didn’t live at that time. If they had, they might have taken a different view.”

He said mutual respect was essential in church–state relations.

He noted that in the early years of the Irish state, the only bodies with responsibility for the social services then provided were the church and church-supported institutions.

While this was no longer the case, the situation may change.

“The state’s capacity to provide services depends entirely on its ability to raise taxation … The state’s taxing power may be pushed to its limits over the next 30 or 40 years by the cost of our ageing society.”

He said that it had been calculated that in most European countries, if they continue with the present level of spending and social commitment and the existing potential for tax, instead of having a debt-to-GDP ratio of 80 per cent, it could be a ratio of 500 per cent by 2050.

In that scenario, he suggested, just as in the 19th century, private institutions might have to take back some social responsibilities, because the state would not be able to do it on its own.