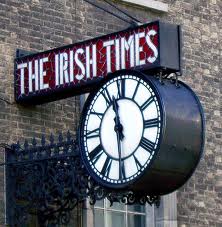 The Pro Life Campaign (PLC) has said it is reassured by the Irish Times opinion poll on abortion published on Friday last.

A Citizens’ Assembly will meet for the first time later this month to consider the future of the Eighth Amendment to the Constitution, and is due to come up with a recommendation on its future before next Easter. The Eighth Amendment guarantees the right to life of the unborn and was inserted into the Irish Constitution after a referendum on the issue in 1983.

Commenting on the findings, Dr Ruth Cullen of the PLC said: “The poll clearly shows that 73% of respondents do not want unrestricted access to abortion in Ireland, along the lines of what the ‘Repeal’ campaign is looking for.”

The poll also reveals that 55% of respondents support limited access to abortion. Dr Cullen said: “The overall findings of the poll are reassuring from a pro-life standpoint. The ‘Repeal’ campaign are looking for unrestricted access to abortion. This poll shows very clearly the public do not support such a regime being introduced.”

She continued: “We are very confident that support for keeping the Eighth Amendment will grow and grow as people realise the international experience shows there is no such thing as limited abortion once it is introduced. The reality is, when the right to life is taken away from some unborn children, it quickly leads to other grounds and categories being included. It is very clear from today’s poll the Irish public don’t want to see that happening.’’

Taoiseach Enda Kenny has revealed that the Citizens’ Assembly will hold its first meeting on Saturday 15 October at Dublin Castle, with subsequent meetings taking place in the Grand Hotel in Malahide. The assembly will begin by discussing the Eighth Amendment, and will also consider several other topics such as Ireland’s ageing population, fixed-term parliaments, referendums and climate change.

Judge Mary Laffoy will chair the assembly and the other 99 members and 99 substitutes were selected on a random basis by polling company Red C, which was commissioned by the Government. Proceedings from the assembly will also be broadcast online.