The Pro Life Campaign has once again criticised the Citizens’ Assembly, which this weekend was discussing abortion law and the constitutional protection of the right to life of the unborn. 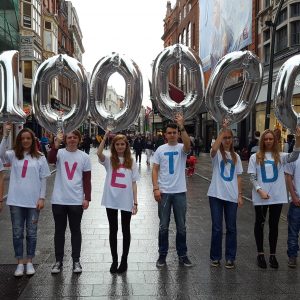 PLC spokesperson Sinéad Slattery criticised the choice of speakers who would address the Assembly this weekend. These speakers included a representative of the UK’s largest abortion provider, the British Pregnancy Advisory Service, and a representative of the Guttmacher Institute, which promotes access to pregnancy termination services in the United States and internationally.

“It is bizarre, to say the least, that a leading abortion provider in Britain, a business that has publicly campaigned against Ireland’s constitutional protection for the unborn, should be invited to present under the heading of ‘case studies’ and ‘care paths’,” said Ms Slattery. “Even more strange is that an invitation was given to the partisan Guttmacher Institute to present an ‘overview of the availability of legal terminations in other jurisdictions’. Clearly, a neutral institute or group of scholars should have been asked to present such a dossier.”

Saying there was “a lack of balance” in the Assembly’s proceedings, the Pro Life Campaign says the Assembly is completely ignoring the positive impact of the Eighth Amendment to the Irish Constitution. The PLC reckons that there are some 100,000 Irish people alive today thanks to the amendment made to the constitution in 1983.

According to Ms Slattery, not one day out of the six assigned to deliberations on the right to life of the unborn has focused on what the Eighth Amendment has achieved in terms of protecting human life and dignity.

In January the Pro Life Campaign criticised as “nonsensical” the notion that the Assembly would be able to properly consider all 13,000 submissions it had received on the subject of abortion versus the right to life in the course of three weekend sittings.