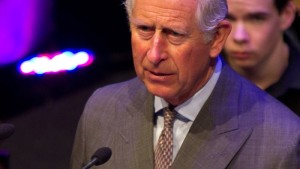 Prince Charles on Wednesday spoke of his “deep loss” following the murder of Lord Louis Mountbatten by the IRA in Mullaghmore, Co Sligo almost 36 years ago.

On his visit to Sligo with the Duchess of Cornwall, the Prince of Wales said that Lord Mountbatten had been like a grandfather to him.

“So it seemed as if the foundations of all that we held dear in life had been torn apart irreparably,” he said but added that it helped him understand suffering.

“Through this dreadful experience I now understand in a profound way the agonies borne by so many others in these islands, of whatever faith, denomination or political tradition.”

The Prince and the Duchess went on to visit the grave of poet WB Yeats and to attend an ecumenical service of peace and reconciliation at St Columba’s Church in Drumcliffe.

This was led by the Rt Revd Ferran Glenfield, Church of Ireland Bishop of Kilmore, Elphin & Ardagh and Bishop Kevin Doran of Elphin. 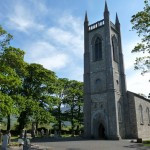 Bishop Ferran Glenfield said in his address, “The history of Ireland and the UK in the past 100 years has been marked by trauma and trouble. Today we acknowledge the transformation in our relations. This transformation, I believe, is a work of God, the Spirit, who brings healing out of hurts, reconciliation out of wreckage, trust out of turmoil.”

He said it was a ‘milestone moment’ of revisiting the horror of the recent past but also of hope for a better future together.

Bishop Kevin Doran said, “For many years, wherever one went in Europe, Ireland was synonymous with violence and that violence was often associated in peoples’ minds with religion.”

He said that there was “an ugly display of power” but also ignorance and fear.

“There was an apparent inability to recognise the other as a person like myself, often notwithstanding the reality of our common baptism.”

He gave thanks for those women and men who took risks for peace and quoted Pope Francis’ reflection announcing the Jubilee of Mercy stating, “Pardoning offences becomes the clearest expression of merciful love. For us Christians it is an imperative from which we cannot excuse ourselves. At times how hard it seems to forgive!”

“And yet pardon is the instrument placed into our fragile hands to attain serenity of heart. To let go of anger, wrath, violence, and revenge are necessary conditions to living joyfully.” 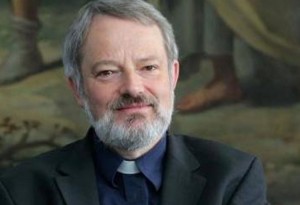 The Drumcliffe group of parishes issued a statement welcoming their Royal Highnesses, the Prince of Wales and the Duchess of Cornwall to St Columba’s Church, Drumcliffe.

They said the service was an “opportunity to promote peace on the Island of Ireland.”

Among the students was 17-year-old Bethany McLoughlin whose grandfather Gerard McKinney was one of 13 who were shot dead by soldiers of the British parachute regiment on Bloody Sunday in Derry in 1972.

This is the regiment of which Prince Charles is commander in chief.

In the congregation there were others affected by violence on both sides of the troubles including relatives of 18 soldiers killed in the IRA bomb attacks at Narrow Water, Warrenpoint, on the same day Lord Mountbatten was killed.