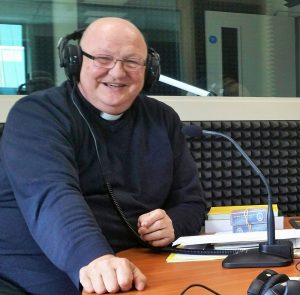 The Primate of All Ireland has paid tribute to Fr Michael Ross, the much loved spiritual director of Radio Maria Ireland, who passed away last weekend.

Fr Ross, a Salesian priest, died at St James’s Hospital on Sunday, 30 October 2016 at 3.25 pm – during the ‘Divine Mercy hour’. The spiritual director of Divine Mercy Ireland had been undergoing treatment for cancer since the spring of 2016.

His funeral took place yesterday at the Church of Saint Agnes, Crumlin village in Dublin, with the Provincial of the Salesians of Don Bosco, Father Michael Casey SDB, acting as Chief Celebrant at the Requiem Mass.

Archbishop Eamon Martin said he was saddened to hear the news of Fr Michael’s death.

“Father Michael was a communicator par excellence and this, along with his Cork charm, warmth and infectious enthusiasm, characterised his priestly vocation which he served faithfully for thirty-eight years,” Archbishop Martin said.

This pioneering ministry was exemplified by the opening of Radio Maria Ireland – Ireland’s only Catholic radio station – which was officially launched in Dublin on 11 February 2016, the Feast of our Lady of Lourdes, said Archbishop Martin. “Father Michael’s evangelical zeal was a true gift from God which enabled the many people, young and old, whom he encountered to fruitfully live the mission of the Gospel.”

He was an incredible person, said lifelong friend and colleague, Mark McDermott. “His arms were open to everybody. He was a fantastic evangelist and such a natural on the radio. He had the kind of natural ability the Joe Duffys of this world have to be able to make people feel that you are talking specifically to them and nobody else,” the President of Radio Maria Ireland told CatholicIreland.

“He was able to put across the good news in everyday terms that people understood.”

Mr McDermott knew Fr Ross for 35 years. “He was my Confessor for four years while I was at Maynooth,” he said. The Salesian priest performed his marriage to wife Mary and baptised their eldest child. “He was a real ideas man,” said Mr McDermott. As a young priest, he set up a Study-Buddies Club, a magazine for young people and a Language School in Maynooth.

Because he had been undergoing treatment in recent months, he had not been working in Radio Maria, though he did visit the studio in the last month, said Mr McDermott, to tell listeners of his illness and ask for prayers. He also said Mass. 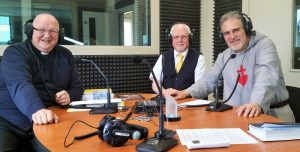 “Michael never said ‘no’ to anybody,” said Mr McDermott, so at the time when he took on responsibility for Radio Maria, he also accepted responsibilty for the Divine Mercy Conference and became spiritual director for the Indian Catholic community.

The last priest to anoint Fr Ross while he was conscious was Fr Eamonn Watson and, according to Mr McDermott, after the anointing, Fr Ross asked him to take over provisionally as spiritual director to Radio Maria.

A particularly joyful memory for Mr McDermott was when he and Fr Michael travelled to the Vatican, joining another 140 people who worked with Radio Maria all over the world, for a personal audience with Pope Francis in October 2015. Mr McDermott said that although he was aware of Fr Ross’s illness, he was still really shocked by his death.

The Archbishop of Armagh paid tribute to Fr Ross’s “commitment to the faith”, and in particular his veneration of Saint Faustina. “His important ministry in this regard played a large part in the success of the annual Divine Mercy Conference.”

He offered his “prayerful support” to Fr Ross’s family, to his Salesian Brothers in Christ, and “to the World Family of Radio Maria community and to his wider circle of friends”.

Archbishop Martin said he had spoken to some of Fr Michael’s Radio Maria colleagues at the recent launch of the preparations for the World Meeting of Families. “It was clear that Father Michael would have dearly loved to have been in attendance but his illness prevented this. As with everything Father Michael undertook during his life, he gave great witness to his faith in the way in which he bore his illness with courage and dignity, and in the way he accepted his final diagnosis.”