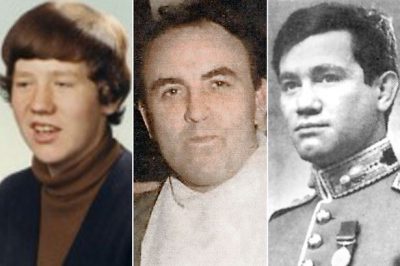 The Primate of All Ireland on Monday made a fresh appeal for information about Northern Ireland’s ‘Disappeared’ after the latest search for Columba McVeigh proved unsuccessful.

Archbishop Eamon Martin said he was saddened and disappointed to learn that the current search for the body of Columba McVeigh had been called off.

“The sense of dejection felt by Columba’s family and the ICLVR team is heart-rending,” the Archbishop of Armagh said.

He explained that he had met and prayed with Columba McVeigh’s family and the Independent Commission for the Location of Victims’ Remains forensic team at the search site in Bragan, Co. Monaghan last November.

“His family has suffered too much pain, distress and anxiety over all these years. Columba’s mother had dearly wished that he would be found so that he could be buried in the family grave. She has now gone to her rest without finding the remains of her beloved son. Other family members are getting older. They promised their mother they would never give up looking for Columba. Their dedicated and lonely vigil for Columba is agonising.”

Dr Martin appealed again to the conscience of anyone who has information that might help find Columba McVeigh, Joe Lynskey or Robert Nairac to come forward to the Independent Commission for the Location of Victims’ Remains, so that the remaining families can experience the consolation of being able to offer their loved ones a Christian burial.

He stressed that the slightest clues could lead to them. “Please help end their heartache,” he implored.

The Archbishop also appealed to those “carrying long-held secrets, from what were awful, terrible times, to share what information they have – they may hold the key to unlocking the uncertainty and grief of those families who are still desperately waiting and hoping.”

He urged people to keep the families of the disappeared in their prayers during these difficult days.

Meanwhile, forensic scientist Geoff Knupfer, who is leading the search for the Disappeared, has hinted that the body of Columba McVeigh may have been removed in the years since he was murdered and secretly buried by the IRA in 1975.

He made his comments following the failure of the latest search for the teenager’s remains in Bragan Bog near Emyvale to unearth anything.

Columba McVeigh, who was from Donaghmore in Co. Tyrone, was 17 when he was kidnapped and killed.

He is one of 16 people who were ‘disappeared’ during the Troubles.

Out of the 16 people who ‘disappeared’, 3 have still to be found: Columba McVeigh, Joe Lynskey and Robert Nairac.