Primate to lead special prayer service ‘For Ireland and for Humanity’ 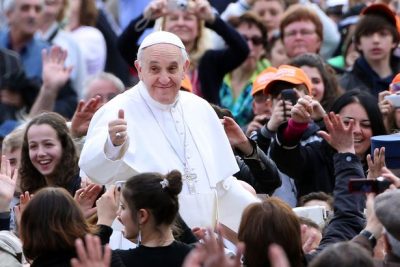 This Sunday the head of the Catholic Church in Ireland will lead a special prayer service ‘For Ireland and Humanity’ at the Papal Cross near Drogheda, Co. Louth.

Speaking to parishioners in Newry Cathedral, Archbishop Martin invited people to join him at 5 p.m. on Sunday.

“Forty years ago this month, on 29th September 1979, the great Polish Pope Saint John Paul II came to Ireland on what he described as a ‘pilgrimage of peace’.

“The Holy Father was stopping off in Ireland on his way to address the United Nations on the problems of peace and war, justice and human rights. At Drogheda he reaffirmed the message which he had already spoken in Mexico and Poland during the first year of his pontificate: “Each human being has inalienable rights that must be respected. Peace is threatened every time one of these rights is violated. The moral law, guardian of human rights, protector of the dignity of man, cannot be set aside by any person or group, or by the State itself, for any cause.”

Ahead of the prayer service, Archbishop Martin said, “The tragedy of violence and conflict continues in many parts of the world today. In particular, Ireland, north and south, is going through a period of political and economic uncertainty and the imminent introduction of very liberal abortion legislation in Northern Ireland continues to give grave cause for concern.

“We will use the same prayer service that Pope Saint John Paul II used to pray for peace and reconciliation in Drogheda, forty years ago. It is the perfect prayer for us during these troubled and uncertain times.”

Archbishop Martin has invited parishioners from across the dioceses of Armagh and Dromore to join with him at the same time in their own parishes to pray for peace and the protection of life and humanity.

The prayer service will be live-streamed on the Armagh Diocesan Facebook Page: https://www.facebook.com/ArchdioceseOfArmagh.