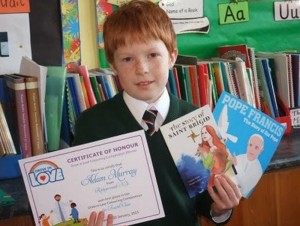 A new catechetical programme replacing ‘Alive O’ will begin to be rolled out in Catholic primary schools from September 2015.

Already the programme has been piloted in almost 100 schools, both North and South. A teacher from one pilot school, Loreto Bray, said she found it really “child friendly, colourful and accessible”.

Teachers liked the ‘Teachers’ manual’ and parents were positive on the ‘home schoolings’. “It has been really positive,” she said.

The programme is based on the new Catholic Preschool and Primary Religious Education Curriculum for Ireland, approved by the Irish bishops and the Holy See in March 2015.

According to one of its authors, it comes after “extensive consultation” with teachers, priests, parents, children and diocesan advisors about what they would like to see in a primary religious education programme. 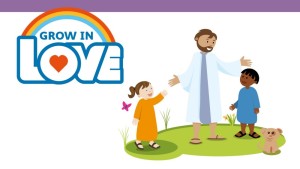 “What you’re going to see this September is the result of their creative and practical input,” says Elaine Mahon, Manager Catechetical Publications at Veritas.

According to Ms Mahon, Grow in Love for junior and senior infants has “more of a scriptural emphasis” than the Alive O programme which it replaces.

“It also takes into account the technological changes of the last 20 years, with things like an interactive website and is more explicit about the role of parents and the role of parish in school-based religious education,” she told CatholicIreland.net.

The children’s text books published by Veritas cost €8.99 each. Junior and Senior infants write in the books which also serve as workbooks.

Grow in Love for Junior and Senior infants, written by Dr Daniel O’Connell and Elaine Mahon, has been in development for around four years and was written in conformity with the new curriculum. 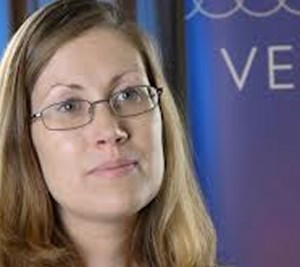 Maeve Mahon from the Faith Development Services of the diocese of Kildare and Leighlin says the Catholic Preschool and Primary Religious Education Curriculum for Ireland offers a “unique opportunity to re-engage, re-imagine and re-commit with our staffs to the way in which we teach Religious Education as a core subject in our Catholic Schools, with parents as the first and best of teachers in the ways of faith and with parish as the community that nourishes and supports our faith journey.”

The curriculum content is divided into four interrelated strands: Christian Faith; Word of God; Liturgy and Prayer; and Christian Morality.