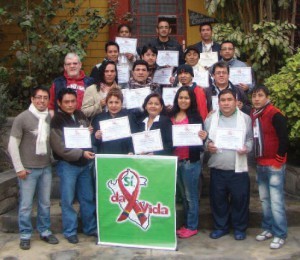 An Irish missionary priest has spoken out in support of the freed drug smuggler, Michaella McCollum.

She and Melissa Reid from Scotland were convicted of attempting to smuggle drugs out of Peru in 2013, and they were released on parole in recent days.

Critics have hit out at the interview for being too ‘soft’. They say she wasn’t seriously challenged in the programme. There are concerns that by giving McCollum an interview, it ‘glamorised’ cocaine and the drugs underworld.

Yesterday, Fr Maurice Foley, a Columban priest who visited McCollum regularly in prison, said of her critics: “They are wrong, they are absolutely wrong, I don’t believe them.”

When asked by RTE Radio 1’s Sean O’Rourke if she should have spoken about the money she made from smuggling drugs, Fr Foley responded, “If she did (make money) we have no evidence of it. She certainly didn’t show that evidence in prison. They were always short of cash for little things like coffee and biscuits.”

He said that while she may have been coached in preparation for the interview and helped in putting forward a polished image, she is sorry for her actions.

“She is a repentant person and she is trying to put her past behind her and look to a better future,” he said.

Since his return to Ireland from the capital city of Peru, Lima, he has stayed in touch with Michaella McCollum through her mother, Norah. 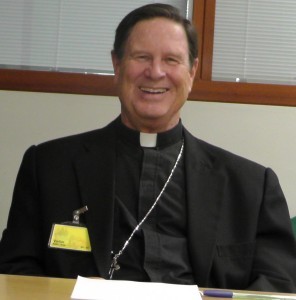 Another churchman and Irish American, Fr Sean Walsh, who serves as bishop of the Armenian Eastern Orthodox Church in Lima, has said that if Michaella McCollum has to remain in Peru as part of her parole conditions, she will work in his parish in a ‘clerical capacity’.

This could involve helping to produce a parish magazine and possibly teaching English to parishioners.

Initially, it was suggested she might help those suffering from HIV and Aids in Lima, but Fr Walsh said this is unlikely.

Yet another priest, an Irish Catholic Columban, Fr Cathal Gallagher, who runs a HIV and Aids Centre where it was suggested that Michaella McCollum might work, said he has yet to hear from her.

He said she would be most welcome to join the team and possibly pass on the beauty training skills that she learned in prison.

Fr Gallagher lives and works in some of the poorest areas of Peru where he helps people living with HIV/AIDS.

He is involved in Sí, da Vida, founded by a group of affected people, friends and relatives of people who had died from the virus.

He stated that the backbone of the associated People Living With HIV and Aids (PLWHA) project is the Positive Self-Management Program, which encourages people to build personal strategies to support their general health and wellbeing.

Since starting in 2006, there have been 70 programmes at 20 different sites in the poorer sectors of Lima and Callao with 1,080 participants between PLWHA, people affected by HIV and healthcare professionals.

Fr Sean Walsh, who was one of  Michaella McCollum’s first visitors, helps many others in a similar plight.

He is of Irish descent (his parents are from Cavan and Sligo) and really wanted to help.

On his first visit, he prayed with Michaella McCollum and her colleague and left them a copy of the New Testament.

“I think the fact that I, as an English-speaker, was able to go to the prison and visit the girls and pray with them, I think gave comfort to their families. They are both from good religious Catholic families,” he said at the time.

He spoke with Michaella McCollum’s mother Norah who he said has a strong faith. “Thank God for that,” he said. “If we walk by faith we know there is going to be the best solution.”

He set up his church in Peru in 2005 and fully expected to be ministering to South Americans. Soon, he noticed Europeans who were poorly dressed and going through the rubbish for food and realised these were former prisoners many of whom had been drugs ‘mules’ to feed their habit.

He now regularly visits such men in prisons where he holds weekly bible classes.

He also communicates with prisoners’ families for them by Skype or email and he receives money from their families to pass on to them.

“I try to be a liaison with the families because really their recovery is helped by the family’s involvement,” he said.

He explained that even people who were guilty and did things because they were strung out on drugs, did not stop being people.

“They are human beings and the Lord wants to turn their lives around and that’s what the whole story of the bible is – God’s relationship with us and his alliance and how we mess that up and he is the God of second chances.”