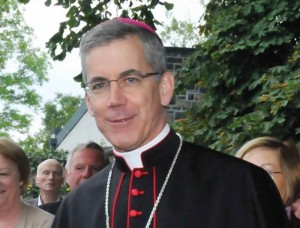 The Papal Nuncio to Ireland has defended the level of consultation he has carried out in Irish dioceses where new bishops have been appointed over the past three years as “extensive” and “exhaustive”.

In this week’s Catholic Times newspaper, Archbishop Charles Brown has spoken about the process and methodology which has resulted in ten new appointments to the Irish Church.

Speaking to the newspaper at the nunciature in Dublin, Archbishop Brown explains that, “The Nuncio’s job is to be the eyes and ears of the Pope and to do the checking and verification that results in the Pope’s appointment of new bishops.”

He continues, “The Nuncio has an important role in that process but it is a role that he shares with many other people including the bishops of the country and the congregation for bishops in Rome and of course the Pope himself.” He underlines that it is the Pope who makes the final decision.

Asked about the Association of Catholic Priests’ criticism of his pivotal role, which may involve the appointment of another five bishops over the coming months as four bishops reach the age of 75 and the vacancy in Killaloe, created by the elevation of Kieran O’Reilly as Archbishop of Cashel and Emly, are filled, the New York-native counters, “I try to consult as much as is humanly possible.”

The former curia official, who worked for seventeen years at the Congregation for the Doctrine of Faith told the Catholic Times, “There is no group that is more influential in the process than priests. They are even more influential than bishops. Why? Because when we do the investigation on candidates for a diocese, the people who know the priests, and generally the candidates, are priests.”

He adds, “In the consultation process, lay people are asked, members of religious orders, men and women, and bishops are asked but by far the greatest group of people who are asked are priests.”

“We do an extensive exhaustive consultation. Could we consult more – you can always consult more but I think I try to consult as much as is humanly possible.”

Earlier this month, Fr Tony Flannery criticised the Nuncio’s lack of consultation in his selection and appointment of new bishops.

Responding to the news of the appointment of Limerick priest Fr Alphonsus Cullinan as Bishop William Lee’s successor in Waterford & Lismore, the Redemptorist wrote in his blog, “I doubt if many, or any, people in Waterford would have chosen this man from Limerick”.

He said that if the people and priests of Waterford were consulted about their new bishop, then it is clear that their views were not taken in to account.

Fr Flannery also accused the Nuncio of consulting within a very narrow and confined group and that his ten Irish appointments were “more in the image of Benedict than Francis”.

“It is sad and depressing to see that, when there is some possibility of real reform in our Church, when we have a Pope who clearly values consultation and listening, that we here in Ireland have a Papal Nuncio who is more and more trying to restore the old ways in the Church,” he wrote.