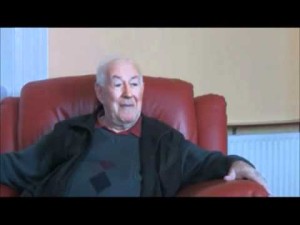 A Co Kilkenny-born priest, who has been a tireless campaigner against injustice, poverty and illiteracy in communities in Africa and South America, has published a new book detailing his experiences as a missionary.

The 83-year-old spent most of his missionary life in Africa and South America where he was involved in the education of thousands of people in some of the most poverty-stricken parts of the world.

He was ordained a Salesian at the Congregation’s HQ in Italy in 1963. His first appointment was in Malta as headmaster in a school for deprived young people.

He later took up a similar position in Swaziland in Southern Africa again working with under-privileged school-goers.

In 1970, he was appointed to the Salesian South American Mission in Ecuador. There he continued teaching and lectured at the Catholic University in the capital Quito.

While there, he also worked in deprived areas of the city where he came face to face with the injustices and inequalities of the lives of many Ecuadorians.

Speaking at the Golden Jubilee of his ordination in 2013, Fr Jim revealed that he was strongly influenced by Vatican II while in a seminary in Italy.

In particular he points to Paragraph 4 of the Vatican II Dogmatic Constitution on the Church which states, “The universal Church is seen to be a people brought into unity from the unity of the Father, Son and Holy Spirit.”

Fr Jim said he found these words particularly significant because of the profound implications for the Church and the whole world.

In effect, he added, ‘”We are asked in the Church to be a community as the Trinity is community.”

Speaking to the Kilkenny People newspaper about his book, Fr Jim said he really believed that the way forward for the Catholic Church is to implement the “community model” of Church proposed by the Second Vatican Council.

He added, ‘”I actively encourage, not just Christian communities, but groups of all kinds, whether religious or not, to link up with and support each other.”

“I believe that if people come together at grassroots level they can really change the world. Reform can be initiated from above but renewal must come from below.”