Home > Featured > Priest delighted that prótegé may be England manager

Priest delighted that prótegé may be England manager 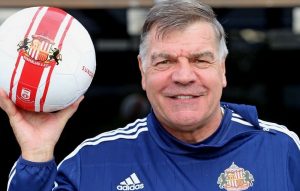 A Limerick City based priest has spoken of his joy to hear that a man to whom he gave a start in football management is on the verge of becoming the new England Soccer manager.

Fr Joe Young who has worked in a number of areas of social deprivation in Limerick City has spoken of how he telephoned a young Sam Allardyce when he was finishing his career with West Brom FC in England and asked him to become Limerick manager.

Following England’s shock 2-1 loss to Iceland at Euro 2016, England manager Roy Hogson resigned. Now it has emerged that Sam Allardyce (or ‘Big Sam’ as he is affectionately known) who started his management career at Limerick FC, has been given permission by his club Sunderland to speak to the English FA about the position.

Fr Joe Young recalled ringing Big Sam “on  spec” twenty four years ago in 1991, to see if he would be interested in taking the Limerick job.”I was involved with Limerick FC at the time,” he told CatholicIreland. “My reason for being involved was the huge work they were doing for young people in Limerick city particularly with the academy they were running.

“He didn’t believe it was a Catholic priest contacting him and thought it was former Everton and Manchester City player Peter Reid winding him up! He told me he was Church of England and I told him my father was Church of Ireland so we got on very well from the start!”

Fr Young said he convinced  Allardyce to meet him.  “On the way to Limerick FC’s home ground in Rathbane we stopped off to see Thomond Park. Our facilities in Rathbane weren’t great at the time but I told him that it could be his field of dreams. ‘If you don’t believe, nothing will happen but if you do it will’, I told him.”

Fr Joe said that Allardyce who later went on to manage Newcastle, Bolton, West Ham and is now at Sunderland in the English Premier League made a huge commitment to Limerick FC as a player and as a manager. 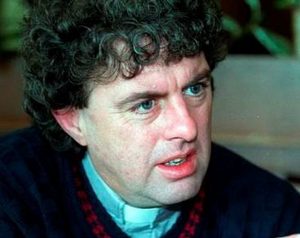 One day a player arrived for a match and had been out late the night before.  Allardyce dragged him over to a window overlooking the pitch. Looking out at the supporters he said to the player “These people paid to come in to see you play and you are letting them down.”  His work over two seasons at Limerick city saw the club win the first division title in 1991/1992 before he returned to England to take a coaching position with Sunderland.

Fr Young said that Big Sam has often asked him to be a chaplain at the clubs he has managed and he doesn’t know what he will do if Big Sam gets the England job.  Although he’s interested in football. Fr Young has never been to a soccer match in England.

“It doesn’t really interest me when it is away from home. I love following the lads from Limerick City but would have no interest in all of these super stars.”

Asked if he would go to Big Sam’s first England game in charge he said ” I’d hardly go but I would definitely meet him before hand and wish him well. I’d remind of that very first conversation we had: ‘If you believe it will come through’. I am delighted that that Christian message is coming through for Sam Allardyce who is a total maestro of football”.