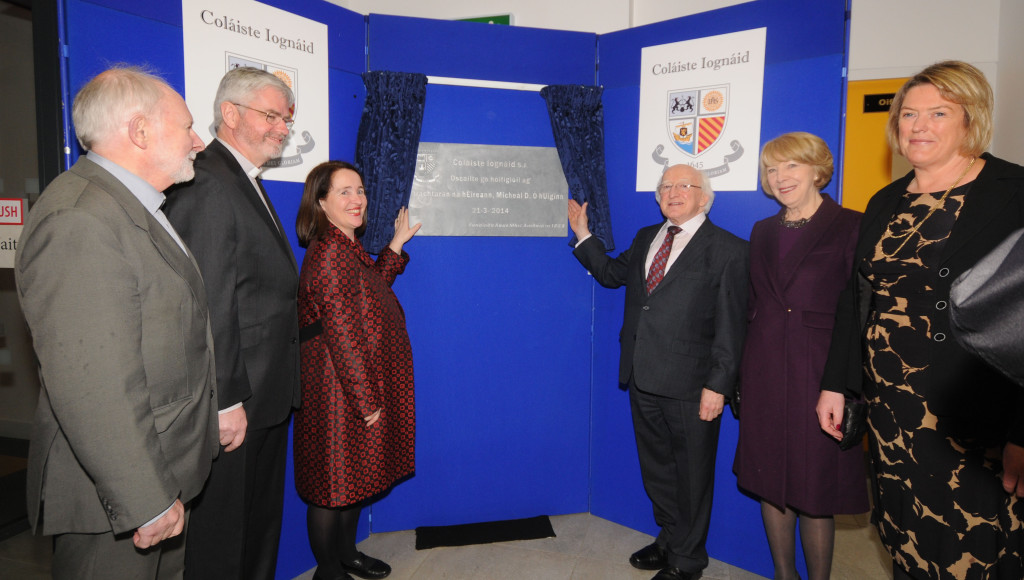 President Michael D Higgins has called on young people in schools all over Ireland to commit to an ‘Ethics of Friendship’.

This, the President explained, would mean they valued equally every single student regardless of their religion, ethnicity, social background or sexual orientation.

He also called on young people to eliminate bullying from their schools, in particular homophobic bullying.

The President made his comments in an address at the official opening of the newly refurbished school building in the Jesuit Coláiste Iognáid in Galway, where his four children attended school.

RTE presenter Sean O’Rourke, a former past pupil, was MC.

President Higgins said he was promoting the ‘Ethics of Friendship’ in all the schools he visited and he described Ireland’s education system as the best in the EU in its integration of pupils from other cultures.

But he said it was important that students made sure that their fellow pupils did not feel excluded in any way or for any reason.

He told the pupils that values such as inclusivity, community building and respect for diversity were strong values and a good education based on strong values is the best preparation people can have if they want to bring about change.

The President said the Irish people had a great commitment to education, knowing well its importance and he remarked that of all the EU member states, Ireland had the highest number of graduates with primary degrees.

“But the important thing is the values we are taught and put into practice for in the end we will be judged by the authenticity in our values”, he added. 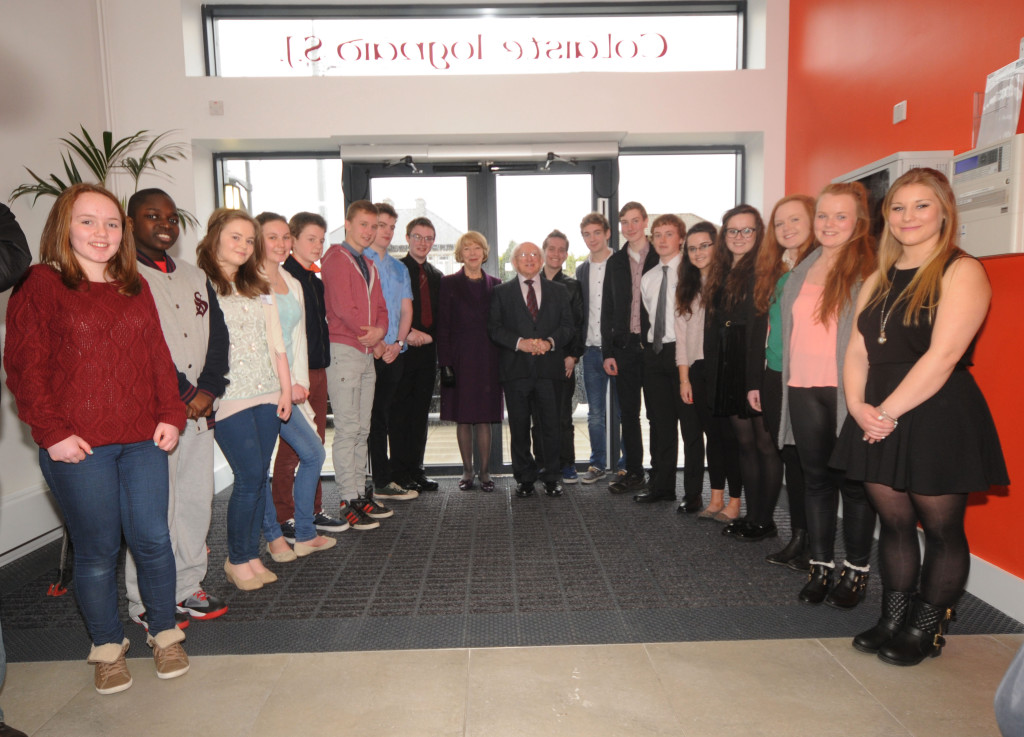 Coláiste Iognáid is a Jesuit school and the President referred to its more colloquial name in Galway ‘the Jes’, remarking that the Jesuit influence was an important part of a school that has a special place in the mind of himself and Sabina.

He recalled and welcomed the series of seminars organised by the college during the economic and church crises that unfolded in recent times.

The President also spoke of his meeting in recent years with Jesuit theologian Jon Sobrino, the only survivor of seven Jesuits, six of whom were shot dead by the military in El Salvador along with their housekeeper and her daughter.

The Jesuits had been critical of the government and its oppression of the poor of the country.

Noting his own absence from Galway because of work commitments he said his wife Sabina had taken an active role in the Parents Committee in the school for sixteen years and he thanked the staff for their kindness and assistance to all his family during their time as students at the school.

On 13 March the President launched a nationwide ethics initiative to explore the ethics underpinning various aspects of services and governance in Irish society.

The full text of the President’s speech will be available at www.president.ie.